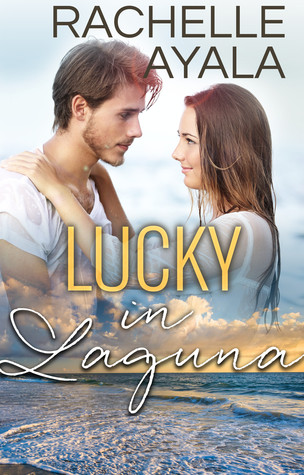 Dog walker Tally Tallahan has tried out for every reality show on the planet, but she’s never made the cut. She visits a former client, Laguna Lights star Laura Kincaid, to ask her to pull some strings.

Lucky Lenigan is lucky in everything except love. The shy scriptwriter writes for reality shows, but he is tongue-tied when it comes to romance. He bumps into Tally when she’s buying a lottery ticket with his lucky numbers.

Tally recognizes Lucky as the genius behind a number of high profile reality shows and gets close to him so she could land a role.

When a bigshot actor’s eyes and hands land all over Tally, Lucky is torn between wanting success for her and keeping her for himself.

Will Lucky be more than Tally’s lucky break? Or will she abandon him for a slice of celebrity life?

This is a Kindle World story for Kaira Rouda's Laguna Beach Series.

Reality television. It's a nuisance, it's unnecessary and it's highly addictive. Everywhere I turn there's a new untalented and hugely hyped group of pseudo celebrities looking for their shot at five minutes of fame. Kaira Rouda's Laguna Beach series delves into this world. The good, bad and ugliness behind the scenes is exposed with grit, emotiona and charm. That is why I love this series.

With Lucky in Laguna, Ms. Rouda hands the baton over to an equally irresistible story teller in Rachelle Ayala. Laguna Lights' Laura Kincaid makes a cameo as Tally and Lucky's story unfolds. Clueless scriptwriter Lucky is a sweetheart. A sheep in a world of wolves. He's shy but so adorable that it's not hard to wish him well. Tally has her head so far up in the clouds she's willing to sell her soul for a chance at fame. Ms. Ayala introduces a host of new characters but I love that she included some of the originals as well. The message she gives with Lucky in Laguna is "big dreams are fine to aspire to but don't lose track of who you are along the way". Sound advice told in a story that holds up well to the original series and has a light, comedic delivery that I enjoyed.