We are thrilled to share a teaser from HATS OFF TO LOVE by Kathryn Andrews coming January 18!

What you can expect:

If you ask anyone to describe the great state of Kentucky, odds are they’ll most likely answer you with “Bourbon and horses,” but if you ask Rosie May, the only thing she’ll ever respond with is “Derby hats.”

Big hats. Small hats. Elaborate hats. Simple hats. You name it, she loves them all. Every. Single. One. Because of this, she’s always known she would one day own a Derby hat store. At twenty-five, she’s back in her hometown of Louisville, and her dream has finally come true. With the season officially underway, her brand-new shop is gorgeous, the inventory is stocked, and she’s ready to go. Her only problem is William Stokes Whitlock III.

Stokes is tall, insanely handsome, heir to one of the largest thoroughbred farms, and her best friend’s brother. He’s also annoying, incredibly boring, arrogant, and for over half of her life, her sworn enemy. Only now, it seems he needs a favor. As for why, he won’t say.

For two months, she’ll be his girlfriend, and in return he’ll use his society status to help promote her new shop. Seems simple enough, right? Wrong. She thinks his timing couldn’t be worse, but the way he sees it, it’s the best. The best for who—that’s to be determined.

How do they pretend to be in love when all they’ve ever felt is hate? Can she do this? Can they? Especially knowing it’s fake . . . or is it?

Can Rosie set aside what she thinks she knows of the boy from her past to see the man standing in her present? With her heart at stake, she has to decide if she’s willing to go against the odds to place the biggest bet of them all . . . on love

We are thrilled to share a teaser from PERSONAL FOUL by Maggie Rawdon coming January 26!

“I’m her dirty little secret, the one she loves to hate.”

She knows just what to say to cut deep, and I know how to press every single button she has.

We hate each other, until one night—after I lose the biggest football game of the year.

When she offers the kind of mercy I need.

It changes everything… until the next morning.

Now I’m her dirty little secret, and she’s avoiding me like the plague.

Which makes it difficult when we get partnered on a project

and we’re stuck on a couple’s trip with our friends.

The tension between us is sky high.

So I propose a way to lower it: enemies with benefits.

One hotel room. A few days. A chance to let our little “hateship” run its course.

Except when it’s unexpectedly cut short, I’m not ready to give her up.

And I think I might be a bad habit she can’t quit, despite how smart she is.

But we have bigger problems, and both of our post-college careers are on the line.

I’m about to find out if I can win this game or fumble the two most important plays of my life.

ONE DAY ONLY (DEAL ALERT): SUMMERTIME BY WILLOW ASTER

Summertime by Willow Aster is on sale today only for just 99¢!

Summertime, where the living's easy...

At least that's what I'd hoped for when I decided to visit Hollywood's most sought-after director, AKA my usually absentee father, for the summer. But my vision of an idyllic break before starting grownup life after college comes to a halt when my dad puts me to work on his set.

As an aspiring screenwriter, I'm eager for any experience, but my time is spent as the errand girl, fulfilling every whim of Hollywood's IT actor, the flirtatious, too-sexy-for-his-own-good Liam Taylor. As the shiny new girl, Liam thinks he has to have me, but his bad-boy persona turns me off, and I don't want to be another notch on his bedpost.

Then there's Hudson Callihan, the hot up-and-coming director working with my dad. He's everything I think I want in a guy. What starts out as a friendship becomes a secret relationship, and I fall hard.

Things become complicated with Hudson when I'm thrown into a fake relationship with Liam to soften his scandalous reputation. And living on set with both guys and the crew is becoming more and more difficult.

I came to LA expecting to have a good time, but what I didn't expect was to be faced with making the biggest decision of my life. 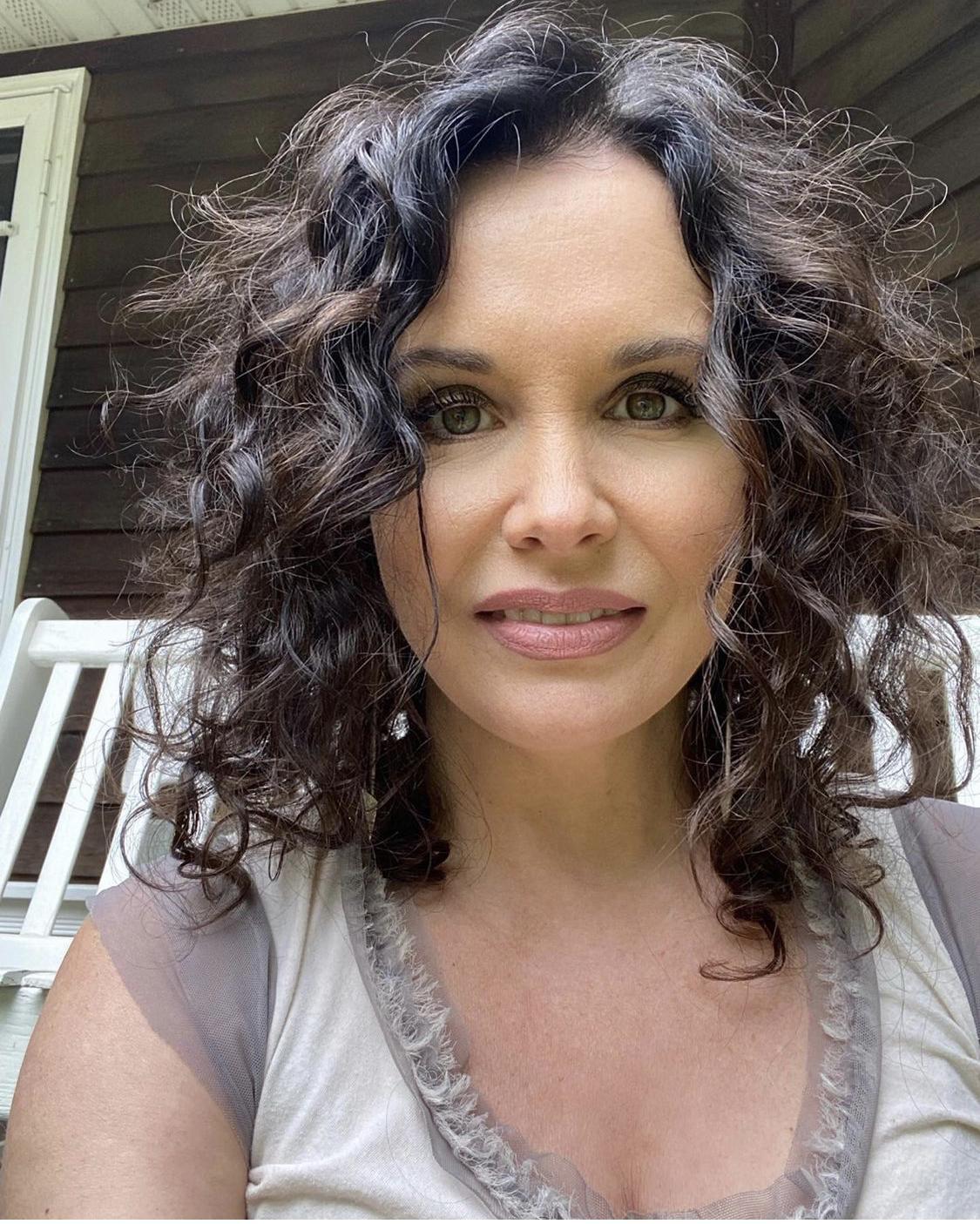 Willow Aster is a USA Today Bestselling author and lover of anything book-related. She lives in St. Paul, MN with her husband, kids, and rescue dog.

A WEEK IN BOOK REVIEW.

If you've read The Sinner by @ShantelTessierAuthor, you don't want to miss this bonus chapter.

Get your copy here

Please read the author's note page.
If you have NOT read The Sinner, it's strongly suggested NOT to read this bonus chapter, it contains nothing but SPOILERS!

JOIN US AT READERS TAKE DENVER!
Over 200 authors from across all genres are coming together with their die-hard readers for a weekend of incredible events and to benefit Julie’s Friends - a charity that supports low-income families in need of veterinary care for their sweet pets. Mark your calendars and get your ticket!

All of the current information can be found here:
https://readerstakedenver.com

This event will take place during ski season, and there will be a signing for romance authors, and thriller and general fiction authors as well! It's a book-wide event - EVERYONE IS WELCOME!!

Events (besides the signings) include: Passionflix Red Carpet Event, Margarita Night, Casino Night, Movie Night, and so much more!

TEASER BLAST
We are thrilled to share a teaser from SALUTIS MEAE by Jocelyne Soto coming January 5!

What you can expect:

My Heart. My Life. My Salvation.

I always thought that I would never see past the age of nineteen.

Growing up the way I did, that was normal. It was normal for parents to plan their kids' funerals.

But I was able to get out of that life and create a better one for my family and myself. Even if I was still being seen as a lowlife.

Most people saw the tattoos and the clothes and would steer away, most people except her.

Savannah Campbell. The cheerleader. The rich girl who had no business getting involved with the boy from the bad side of town, but she didn’t care. I hated her until I didn't and in a short period of time she became my everything. Including my salvation.

That is until my old life came knocking and brought everything down.

Now I have to ask, if I was able to live past the age of nineteen…

Am I going to live past tonight?

We are thrilled to share a teaser from JUDGMENT DAY by Delaney Foster coming January 20th! Pre-Order your copy for only 99¢!

Evil did exist. And it knelt at the feet of power.

They built an empire on lies and deceit.
I was here to burn it down.

They called it Judgment Day—as though they were gods among men.
It was their reason for taking her.
It was their motive for punishing me.

After spending five years in prison for a crime I didn't commit, I walked out a monster disguised as a gentleman.

It's time to take back what's mine, including her.
She thinks she's in love with someone else—and maybe she is.
So, I'll share her with him.
But only for a while.
I'll be her hero... and her villain.

In a world of secrets and sacrifice, someone is bound to lose. A day of judgment is coming. This time it will be me they bow down to.

*Judgment Day is book four of an ongoing, interconnected series. It is highly recommended you read books 1-3 first. The Obsidian Brotherhood is a dark romance series revolving around a secret society. Please check triggers.*