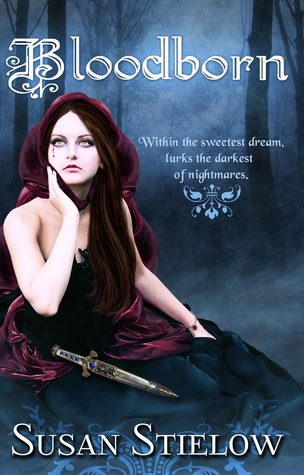 Gracie Ambrose has only vague memories of her father, who mysteriously disappeared on her sixth birthday. As she prepares to graduate high school and face the loneliness of losing her best friend, Kellan - who is moving across the country to attend college in Connecticut, she decides to go in search of answers about her long lost father. Gracie's quest soon leads her to the very town where her best friend, and secret crush has gone… Asylum Hill. There, in the little picturesque town, Gracie finds more than she has bargained for, and is drawn into a world that is made of her nightmares.

As Gracie nears her eighteenth birthday, she discovers that her father was not just an average man, and she is not just an average teenage girl. She is a precious commodity and there are some who would stop at nothing to possess her. Gracie's feelings for Kellan are soon put to the test when she meets the handsome yet unexplainably familiar, Liam Kingston. With his unique ice-blue eyes he captured her heart, and awakened a fated love that was doomed from the start.

Stepping out of the shadows of obscurity and into a whole new world where her dreams can mean the difference between life and death, Gracie grapples with the revelation of what she is about to become, and the dreadful choice she must make that will consume her heart forever. 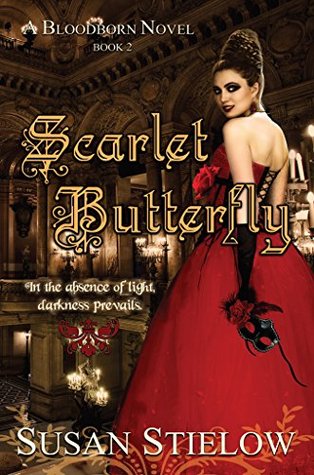 As if mourning the violent loss of her first love Liam Kingston wasn’t enough for Gracie Ambrose to deal with, she must now learn to accept her new Bloodborn abilities, and battle her growing thirst for human blood. To say Gracie was emotionally overwhelmed is an understatement. Especially when her dreams of Liam feel all too real.
Things quickly take a turn for the worse when Gracie loses control over her thirst for human blood. She ends up nearly taking the life of someone she deeply cares for, and unintentionally forming an unbreakable blood-bond that leaves her vulnerable and exposed.
Now teetering on the edge of sanity. Gracie embarks on a dangerous journey into the heart of New Orleans, where she seeks out those responsible for Liam’s death. She winds up finding more than she bargained for when she discovers a secret about herself that could change the course of everything. Putting the lives of her friends and family at risk, she takes matters into her own hands by seeking the help of a Royal Vampire Prince, to help her protect the people she loves the most. With his assistance, she will go undercover as a Scarlet Butterfly into the biggest and bloodiest vampire event of the year - The Scarlet Ball.

Susan Stielow is a married mother of four who was born and raised in Michigan. In June of 2013 Susan and her family moved to Georgia to get away from the cold winters of Michigan.

Susan's love for writing started as a young teen when she, her mother and younger sister, had to move. Starting over and making new friends didn't come easy for her, so she started to write short stories about her old friends and the boy at the end of her street, that was a few years older than her that she had a desperate crush on.

It wasn't until adulthood, when her oldest son graduated high school, that she finally started to take a writing career seriously. In 2010 Susan sat down at her computer and went through the many book ideas that she had written over the years, and thus, Bloodborn, began to take shape.

When Susan isn't in the writing chair, she can be found at a local movie theater with her husband, forcing him to endure yet another chic flick. Or curled up in a chair when the house is quiet with one of her favorite books. But the one weekly ritual Susan cherishes the most, is hanging out with her kids watching various T.V. shows like: Supernatural, Lost Girl and The Game of Thrones.