AVAILABLE NOW! HAVE YOU READ? 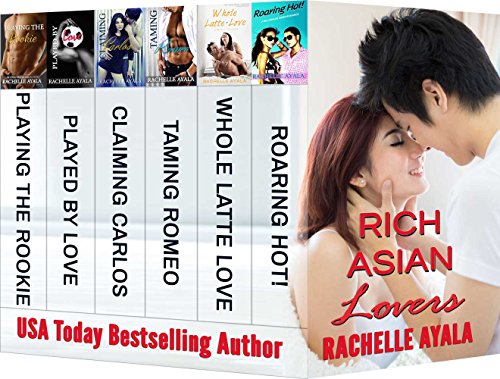 Teo Alexiou is an arrogant playboy who gets what he wants. He meets his match in actress Amy Suzuki, a woman he hired to play his girlfriend. The fun starts when he falls for her, and suddenly, the billionaire bad boy is wishing she’d cut the act and show him her true heart.

What’s a business-minded woman to do when she finds herself rooming with a hot, delectable barista with a heart for the homeless?

Medical student Evie Sanchez is recovering from heartbreak when she runs into Romeo Garcia, the boy she ditched at the prom. Only now, he's an actor determined to make her his costar. Are his hot moves and sexy lines real or revenge?

Choco Sánchez has been friends forever with chef Carlos López until flashy food consultant Johnny Dee steps in to makeover both her and the restaurant. Carlos isn’t about to lose his best friend. He sets out to claim Choco’s heart by cooking hot, spicy, and steamy.

Korean baseball pitcher Jay Pak Ahn has been burned one too many times by good girls. When he meets an American girl at spring training, he throws all caution to the wind in this fun and sexy romp.


Reading Ms. Ayala is always a treat. Her stories have always been full of a sweetness that makes the heart rejoice and leaves the day a little bit lighter. With Rich Asian Lovers, she spices it up, while delivering the heart I've come to expect and just the right amount of naughty. She stirs the imagination, tickles the funny bone and heats up the hormones all while delivering great stories. With this Anthology Rachel Ayala proves loves power. The ability to unite. We may look different, talk different and live worlds apart but love is the language meant to bond not diversify. 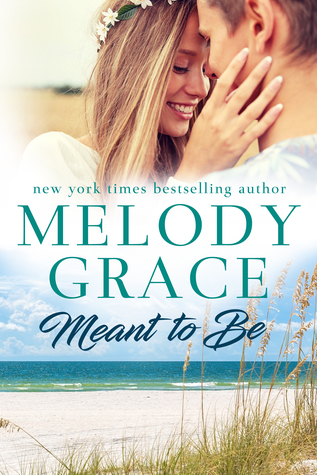 MEANT TO BE (SWEET BRIAR COVE) BY MELODY GRACE

Come take a trip to Sweetbriar Cove: the small town where true love is guaranteed.

Poppy Somerville believes in happily-ever-after. It’s the reason her romance novels have won devoted readers all over the world – and why she’s broken off her engagement just weeks before the wedding instead of settling for less than true love. Escaping to her aunt’s beach cottage in Sweetbriar Cove, Poppy is looking for inspiration to break her writer’s block and finish her new book. She just wasn’t counting on the handsome, gruff contractor making such a racket next door…

Cooper Nicholson doesn’t believe in soul-mates. He thought he’d found his forever once, and the world proved him wrong, so when the cute brunette comes storming over and demands he keep the noise down, romance is the last thing on his mind. But his new neighbor is full of surprises, and soon, their chemistry is too hot to ignore.

As they grow closer, they discover fiction has nothing on the plot twists life has in store. But will Cooper find a way to let go of the past and risk his heart again? And can Poppy find her happy ending – on and off the page?

REVIEW:  MEANT TO BE (SWEET BRIAR COVE) BY MELODY GRACE

Meant to Be by Melody Grace


Melody Grace knows how to write a romance. Real people face the unknown with courage, heartache and a hope that at times seems insurmountable but worth the risk. I have yet to pick my jaw up off the floor. Meant To Be is everything a reader wants in a love story but is afraid to ask for. The imagery is spectacular, the emotions are real and it reads like poetic verse. Right on time, hard to forget and easy to fall for. Poppy and Cooper are magic. 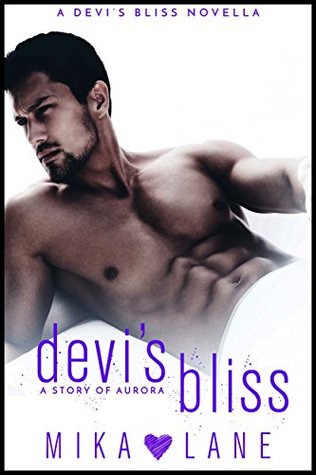 DEVI'S BLISS:  A STORY OF AURORA BY MIKA LANE

A story of Aurora. The fourth novella in the Devi’s Bliss series by Mika Lane, writer of hot, sexy romance.

Aurora Rose never misses at week at karaoke, where she sings like a songbird. She rides her bike everywhere because she hates cars, and lives in what she calls a “treehouse” in the middle of the redwoods on Mount Tamalpais. She’s a popular sensual massage therapist at the world-renowned spa, Devi’s Bliss, just outside beautiful San Francisco. She’s also three thousand miles away from a life she had in New York that was filled with designer clothes, charity fundraisers, and country clubs. Not to mention an earth-shattering betrayal. And no matter how far she goes, she can’t seem to truly get away.

How much further will she have to run?

But when she meets the handsome racecar driver Mr. S, it looks like she finally may be able to relax. Or can she?

Join Aurora in the Zen sexuality of Devi’s Bliss and fall down a rabbit hole of your own exquisite passion.

REVIEW:  DEVI'S BLISS:  A STORY OF AURORA BY MIKA LANE

Devi's Bliss: a story of Aurora by Mika Lane


I'm new to the world of Devi's Bliss and Mika Lane. Aurora's path is pebbled with betrayal, secrets, lust and a bruised soul. Will she ever stop trying to escape the past and embrace her future? Ms. Lane has created a feast for the senses. Aurora is like trying to solve a puzzle without having all the pieces. On the outside it's simple but internally, her demons are lot more complex and heartbreaking. She feels deeply, but keeps her emotions to herself. The mysterious Mr. S. unlocks her body but can he reach her heart?