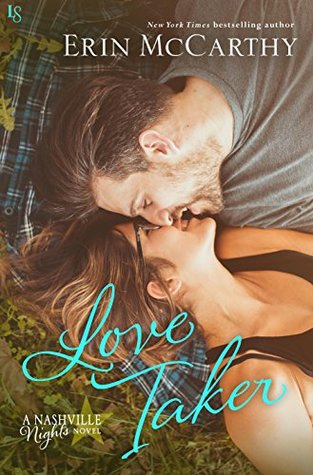 The Nashville Nights series is burning up backstage in this sensual friends-to-lover’s novel featuring a good-guy cop and a woman who’s been looking for Mr. Right in all the wrong places.

Pretty-boy musicians are a fixture of the Nashville country scene—and Elle Hart, hairdresser to the stars, is beginning to think that they’re all total pricks.

Tucker has been lusting after Elle since they were an item as teens, but he knows that their wild night of passion is a one-time thing. SIGN UP TO REVIEW THIS TITLE NOW, NO BLOG NEEDED! http://bit.ly/2kQnH0W

Falling for your sister’s nemesis?

Only a low-life dog would do something like that, right? And that ain’t me, not anymore. I mean here I am, trying to be a stand-up guy for once in my freaking life—I’m finally making smart decisions, helping my little sister, and getting my shit together.
For once, things are finally going my way…until Jenna shows up.

As soon as I meet her, I know she’s the enemy. I’ve heard enough to understand that she’s off limits. Banned. Forbidden. Not for me!

She’s the bad girl I need to stay away from if I want to keep my family intact. So I try. Trust me, I REALLY try. But it’s not as easy as you’d think, and surprisingly, I discover that she’s not as bad as everyone says.

Of course, she’s difficult, selfish, and a royal pain in the ass, but she’s also gorgeous, smart, kind, and…well, let’s just say I am that low-life dog. Traitor. Turncoat. And the world’s shittiest brother.

Caught, the first in a series about the women of Elite PR and their very naughty clients, published with Entangled Publishing’s Brazen line, is a #1 Amazon Best-Selling Romance Series. Book two in the series, PLAYED, is out now!

A former dancer, Clare still loves to get her groove on – mostly to work off her beloved cupcakes and red wine. She lives in Minneapolis with her two leading men – her husband and young son – and is always on social media chatting with readers. 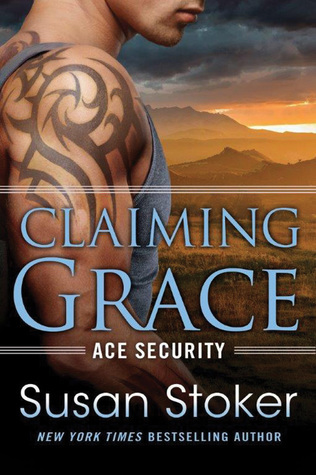 For Logan Anderson, moving on from a traumatic past means moving back to his hometown of Castle Rock, Colorado, to start a personal-security business with his brothers. But it's not long before Logan runs into Grace Mason, his best friend from high school…and the woman who never answered his letters during his Army years.

Grace was pleasantly surprised to see Logan return to Castle Rock, despite their falling-out ten years ago. Everyone always assumed they would end up together, including Grace, who had eyes only for him. But as Logan eventually escaped their town, Grace got pulled further into her family's controlling grasp—and farther away from the man she loved.

Now, united by scars both visible and not, the two must fight to free Grace from the suffocating hold of her family. But the Masons won't let go easily—and they'll do whatever it takes to keep the couple apart.

A fighter ready to give up the gloves.

A woman ready to take on the world.

Grayson Green’s an MMA champion who's spent years in the limelight where fast times and fast women were easy to come by. The appeal is gone and he steps out of the ring to make some changes and get control of his life. All the training in the world can’t save him from the one-two punch of meeting Emory. She’s different. She has no idea who he is…and she wants him anyway. When someone from his past is prepared to take him down... and Emory along with him, he'll do anything to fight for her... There is blood.  There is pain.  And there is him.  These are the first things I register when I wake up, the lone survivor in an Alaskan plane crash.  He carries me to safety over rough terrain and brings me to his cabin in the woods.  He has no name.  Or none he will tell me.

As snow creeps across the harsh and isolated landscape, he is my only company.  My protector, my caretaker.  A fascinating enigma, with mysterious eyes, gentle hands, and a rough voice that demands more from me than I ever expected to give.  I make up different stories, different names for him depending on his mood, because I know nothing about him except that he is my only connection to the real world I want to return to.  So I work to please him, plotting my escape, yet all the while I start to crave him and every touch of his dominating body.

He has saved me from the cold.  From death.  But in taking me and my body, will he destroy me? 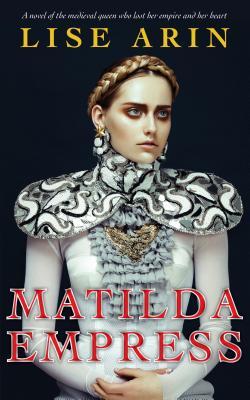 SIGN UP NOW TO REVIEW THIS TITLE‼ NO BLOG NEEDED‼  http://bit.ly/2kMq7vR

A novel of the medieval queen who lost her empire and her heart versus woman who almost conquered England.

Matilda, a twelfth-century Empress of the Holy Roman Empire and daughter of Henry I, is twenty-four years old and a widow. She returns to inherit her father's double realm of England and Normandy, but is promptly married against her will to Geoffrey, a minor continental nobleman. Absent from England at the time of her father's death, Matilda loses her throne to her cousin, Stephen, despite their ongoing and secret love affair.

For almost twenty years, anarchy reigns throughout the empire, and their illicit passion fluctuates between hatred and obsession. The only hope is the Empress' growing faith and their illegitimate son, whose rightful claim to the English throne could finally halt the bloody, endless war.

In the vein of Philippa Gregory's The Other Boleyn Girl, Matilda Empress illuminates the real history of the early English monarchs, while exploring what is at stake when a strong woman at the center of great upheaval refuses to play by the rules laid out for her.

Lise Arin has a BA from Harvard and a PhD from Columbia. She is thrilled to be publishing her first novel of historical fiction, MATILDA EMPRESS, on March 14, 2017. She lives in New York City with her husband and children.