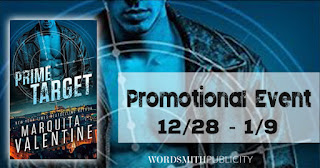 We're celebrating the release of PRIME TARGET by Marquita Valentine! 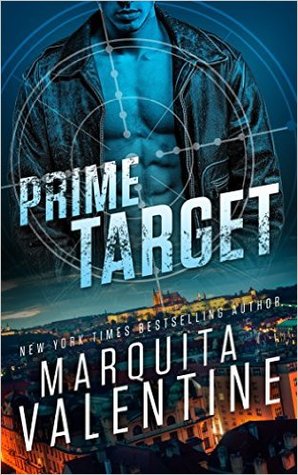 
The undercover Russian contract killer has never turned down an assignment that rids the world of scum... until his latest job targets an innocent man. Refusing is not an option, because of Everly Andrews, the sexy southern belle who saved him from dying. She's completely unaware of his double life, but has been marked as next on the kill list should he fail. Only, what The Bratva doesn't know—there’s nothing Roman won’t do to keep Everly safe. Drugged and deposited in a hotel in Prague, Roman must be on guard at all times in order to protect Everly, but the countdown has begun, and it won't stop until his next target, or Everly, is terminated. Can Roman protect Everly until he can eliminate the threat to her life?


When Marquita Valentine decides to change up her repertoire, she goes BIG. With Prime Target there is danger around every corner. Roman unwillingly lures Everly into his world. Now he has to protect her at all costs. I am familiar with Ms. Valentine's contemporary romances they are emotional but light fair as opposed to her foray into suspense. Prime Target is surprisingly well written. Roman is caught between two worlds. The one full of violence he wants to leave behind and the chance at a future with his ray of light Everly. When his worlds collide he is forced to make a choice that could prove costly for both him and Everly. I received an ARC of this novel in exchange for an honest review. This author continues to surprise me with every story. 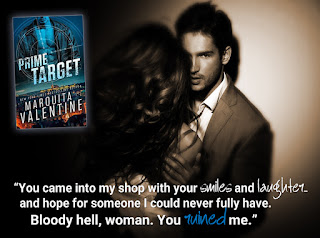 EXCERPT
“Roman,” she says, taking my breath away as she wriggles out of her coat. Her book nearly falls out of her lap before she catches it.
For a moment, I can only stare at her, at her lush figure flattered by the simple dress she wears. It’s green like her eyes, with a wide, pink belt around the middle. “Yes?” I manage to get out.
The bells on the door ring and a familiar face reflects in the mirror across from me. I clench my jaw. Petrov. Two weeks ago, I had dinner with his brother. That night, his body was found floating in the Seine.
Blissfully unaware of the danger, Everly asks, “Did you buy the hot chocolate and Granny-Smith-apple-flavored jelly beans just for me?” She holds up the bags of hot cocoa and jelly beans, clearly delighted at the find. My heart turns in my chest. The feeling is odd. It’s dangerous.
Once, on a particularly blustery morning, she had mentioned liking hot chocolate, and I’d spied the bag of jelly beans in her purse. Naturally, I went out and bought every bag I could find while ordering the best hot cocoa money could buy.
Naturally, I’m a stupid schmuck.
Petrov smirks as he awaits my answer, beady eyes darting to a smiling Everly, then back to me. 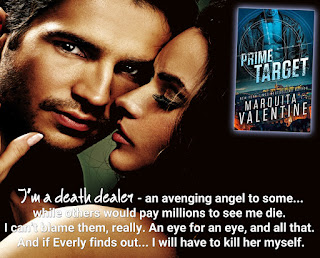 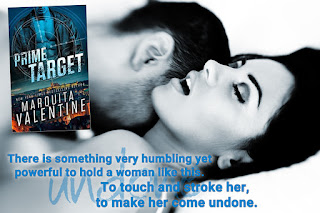 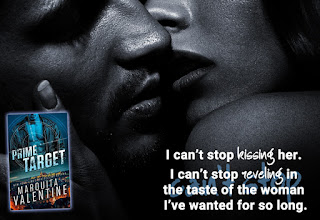