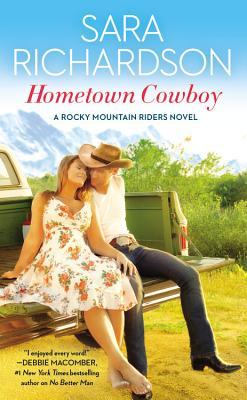 NEVER FALL IN LOVE WITH A COWBOY

Jessa Mae Love is done with relationships. No matter how tempting he might be, she cannot--will not--fall for a man like Lance Cortez. The outrageously handsome cowboy is practically a living legend in Colorado, as famous for riding bulls as he is for breaking hearts. What would a big-time rodeo star like him see in a small-town veterinarian who wears glasses, rescues animals, and cries when watching rom-coms? Turns out, plenty.

Raising bulls, riding the circuit, and looking after his ailing father--Lance never stands still for long. Yet Jessa catches his attention, and the more she tries to resist him, the more he wants her. When she agrees to move to the ranch to keep an eye on Lance's dad, Jessa tells him they have to keep it professional: no flirting, no sweet talk, and definitely no kissing. But with Jessa now living under his roof, that's easier said than done . . .

He’d only stayed for the coffee, so he’d best stop looking at Jessa like she was on the menu.

Lance did his best to reel in his tongue and crank his jaw closed. But…damn.

It had to be the thong. And the bra. And the robe. Who knew Jessa Mae Love owned sexy lingerie? Not him. It would’ve been better if he’d known, if he’d been prepared to see her like that—all half naked and done up like a no-strings-attached fantasy. Her legs were much longer than he’d ever realized. Long, tanned, and defined. Lethal combination. Must be all of that hiking she did.

Though he knew better, his gaze followed her to the kitchen. Yes, Jessa had spent every summer in Topaz Falls for as long as he could remember. He’d known of her, even a little bit about her, considering their fathers were more like brothers than friends. He’d seen her around the ranch, but he’d never looked at her too closely. How could he have ever missed that bust, which he’d gotten a nice view of before he remembered his manners and turned away. He may not get out much, but he was still a man. And he had perfect eyesight. He noticed things like that. Somehow on Jessa, he’d missed it until the moment he’d seen her lying on the floor.

The unrecognizable woman in front of him—could he even call her Jessa anymore?—worked quickly in the kitchen, clutching the top of the robe like she wanted to bolt it together. He almost wished she could.

After she’d removed the screaming teakettle from the stove and poured water into a French press, she sort of scuttled past him. “I should go change,” she said in a huskily sexy voice that didn’t seem to fit her. Or at least it hadn’t. Before the lingerie…

“I’ll throw on some clothes,” she went on, nervously shifting her eyes. “Then we can talk about Luis.”

Yes. Clothes. That would be best. Because if she put on more clothes, maybe he could focus on something besides these details he’d never noticed about her. Like the soft way her blondish hair cascaded past her shoulders. Or the way her earnest, unsure, brown-eyed gaze had stirred something inside him. Instead of answering her, he simply averted his eyes and nodded, giving her permission to go, giving himself space to get his shit together. 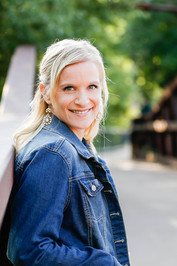 Sara Richardson grew up chasing adventure in Colorado’s rugged mountains. She’s climbed to the top of a 14,000-foot peak at midnight, swam through Class IV rapids, completed her wilderness first-aid certification, and spent seven days at a time tromping through the wilderness with a thirty-pound backpack strapped to her shoulders.

Eventually, Sara did the responsible thing and got an education in writing and journalism. After five years in the corporate writing world, she stopped ignoring the voices in her head and started writing fiction. Now, she uses her experience as a mountain adventure guide to write stories that incorporate adventure with romance. Still indulging her adventurous spirit, Sara lives and plays in Colorado with her saint of a husband and two young sons. Her first contemporary romance, No Better Man, was released by Grand Central forever 2015.