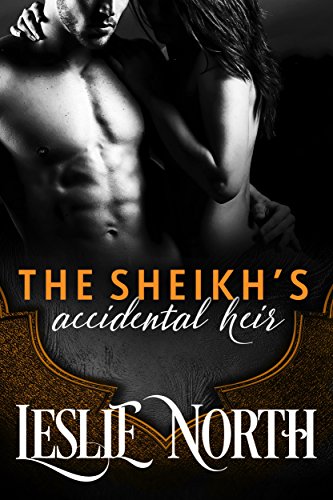 Sheikh Ahmed Al-Qasimi is used to playing by his own rules, but when his father decides that his lifestyle of excess is becoming a threat to his future, he has to work fast to clean up his image, or face the consequences. Ahmed is resigned to an arranged marriage to a woman with whom he feels no romantic spark, until another ghost from his past comes back to haunt him: his American ex-lover.

Melanie is working to prove her catering business is a world class operation, so when she is offered the opportunity to provide the food at Ahmed’s wedding, she can’t say no—even though they once shared a night of passion. When a stranger offers her $100,000 to stall the wedding, it’s hard to refuse, especially when the connection between them is reigniting with a vengeance.

Letting go of the past isn’t so easy, though, when Melanie reveals a secret of her own.

Now, Ahmed will have to choose between being with the woman he’s falling for and saving his fiancée from a loveless marriage to another man. With his entire future at stake, can Ahmed find happiness for himself and the women in his life?

The Sheikh's Accidental Heir (Sharjah Sheikhs Book 2) (Kindle Edition)
Charming playboy meets responsible good girl. She has a business to run. He has a rep to maintain. Instant attraction is the name of the game that quickly turns sparks into flame. Forever was never in the cards for Melanie and Ahmed. His duty to his kingdom, her responsibilities to her business and an arranged marriage all stand in the way. What's a girl to do when an opportunity pops up completely out of the blue? Leslie North takes on a scandalous love and a hidden surprise in The Sheikh's Accidental Heir. Ms. North doesn't do simple, she makes complicated look fabulous. 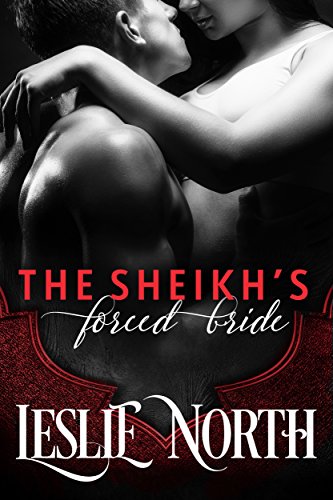 Sheikh Khalid Al-Qasimi’s playboy ways have finally caught up with him. After creating a scandal during a diplomatic visit to America, Khalid is given a choice by his father—marry or face banishment. Rather than lose his family, Khalid bows to his father’s wishes but an outspoken American interrupts Khalid’s would-be wedding. Now Khalid has a new plan that might please his father, secure his inheritance and leave Khalid still able to go on with his life …he’ll take the beautiful American as his bride—and then his father will hate her so much he’ll beg Khalid not to get married after all.

Journalist Casey Connolly has never been afraid to share her opinions. While researching an article on arranged marriages, she lands in trouble when she crashes a royal wedding to get a quote from the attending American guests.. The sexy groom offers to set her free if she’ll step into the role of his fiancée—just for a short time. Seeing a chance to get the scoop she needs, Casey agrees.

Soon there’s no denying the chemistry they share. But Casey’s boss is pushing her to complete her piece and head back to the States, while Khalid’s father is still pushing for a hasty wedding. Will this pseudo-romance become the real thing or buckle under all the pressure being put on these two?


After all of the mystery of the Karev brothers, it was nice to sit back and relax with less heavy action and more light satisfaction. The Sheikh's Forced Bride changed it up nicely. Khalid and Casey made the saying "a little less talk and a lot more action" words to live by in their relationship. Brought together by desperation and chance, these opposites made for a hilarious transition but were still a winning match. Count on Ms. North to write delicious romance.