HAPPY BOOK DAY: IF THE DUKE DEMANDS (CAPTURING THE CARLISLES) BY ANNA HARRINGTON 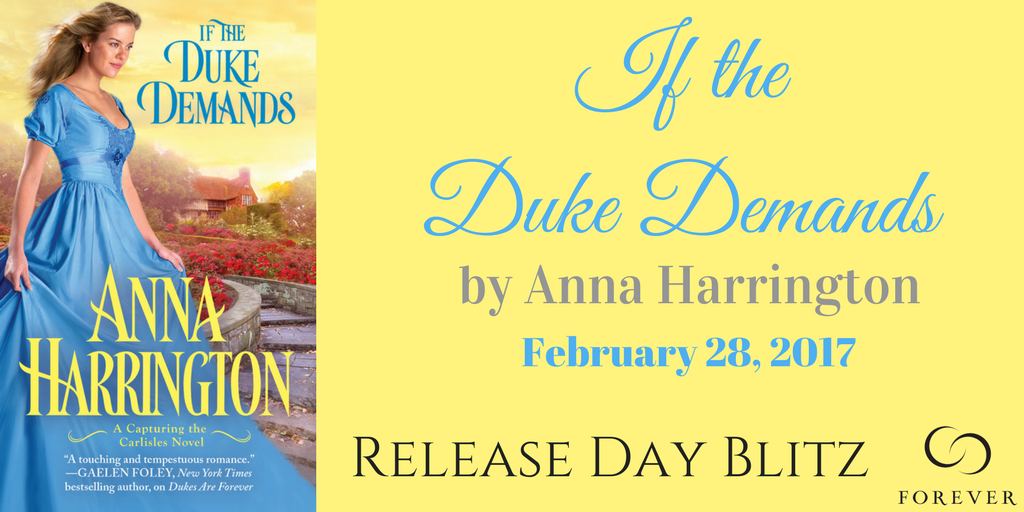 Title: If the Duke Demands 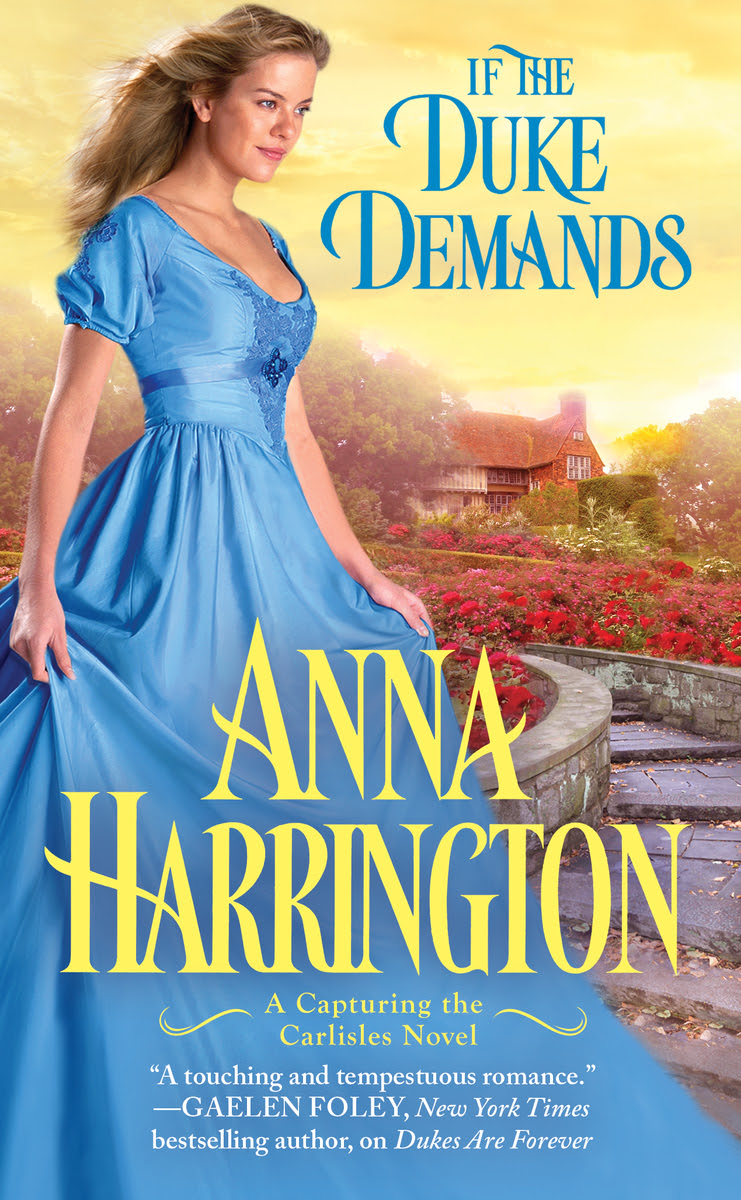 IF THE DUKE DEMANDS (CAPTURING THE CARLISLES) BY ANNA HARRINGTON

Miranda Hodgkins has only ever wanted one thing: to marry Robert Carlisle. And she simply can't wait a moment longer. During the Carlisle family masquerade ball, Miranda boldly sneaks into his bedchamber with seduction on her mind. Soon she's swept into rock-hard arms for the most breathtaking kiss of her life. But when the masks come off, she's horrified to find herself face-to-face with Sebastian, the Duke of Trent-Robert's formidable older brother.

Shocked to find Miranda in his bed, Sebastian quickly offers her a deal to avoid scandal: He'll help her win his brother's heart if she'll find him the perfect wife. But what begins as a simple negotiation soon spirals out of control. For the longer this reformed rake tries to make a match for Miranda, the more he wants to keep her all to himself.

REVIEW:  IF THE DUKE DEMANDS (CAPTURING THE CARLISLES) BY ANNA HARRINGTON

If the Duke Demands by Anna Harrington


ARC Review: If The Duke Demands (Capturing the Carlisles) by Anna Harrington

An act of boldness begins a dance of scandal in Anna Harrington's, If The Duke Demands. The one time Miranda acts on her attraction to her life long crush, she ends up in the arms of his brother. Talk about embarrassing. One bold decision ends up being just the thing Sebastian and Miranda need. An awkward situation leads to a simple pact. He needs a wife. She wants his brother. What could possibly go wrong? Everything. Especially when the heart becomes involved. If the Duke Demands turn out to be a tempting bundle of humorous sass with some spicy seduction. 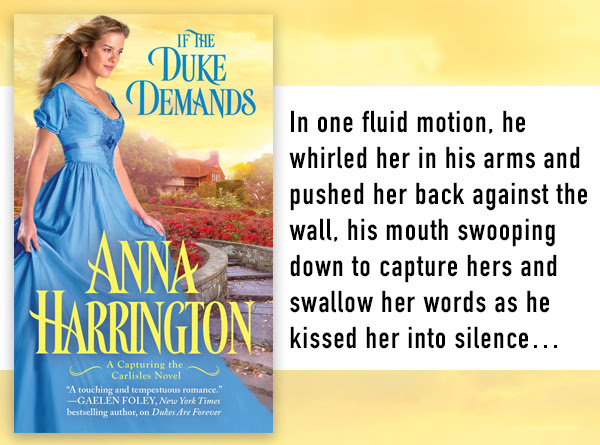 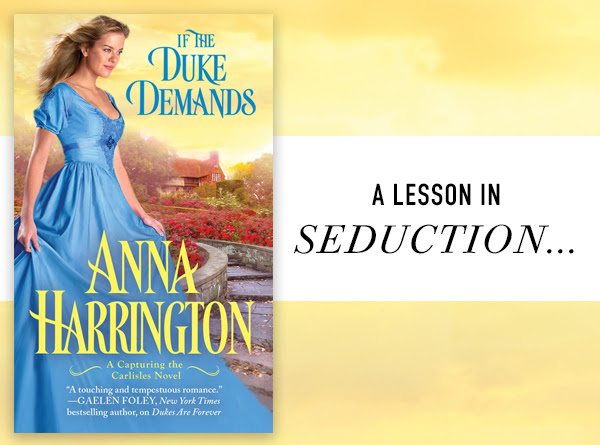 Her eyes narrowed as she took in that bit of dubious advice and contemplated what he asked of her, with a curious look of deep study and concentration. For a moment, her expression was damnably disconcerting as she tried to think up a compliment to give him, as if she had never truly noticed him before as a man. Which inexplicably irked him to no end. How could she have not noticed him before as someone other than the Duke of Trent, other than just a friend?

“What you’re asking of me is impossible.” She shook her head with a soft sigh of defeat. “Every man in this room knows the rank you hold, the power and influence you’re gaining in Parliament. As for the ladies, you should have seen the way they all watched you when you crossed the room to ask me to dance.” She shrugged. “What could I possibly add to what everyone has already told you about how wonderful you are?”

He stared at her, momentarily stunned speechless. What she’d just said was exactly the kind of compliment a man wanted to hear from a beautiful woman . . .

And he didn’t believe a word of it. When he saw her lips twitch with amusement, his eyes narrowed. “You are incorrigible.”

She laughed happily. “Perhaps.” Her eyes shined, and for a brief moment, she shifted closer, somehow rising up on tiptoes as she danced to bring her mouth close to his ear. “But it is all true, you know.”

Then she pulled back into her original position and looked at him shyly through lowered lashes even as the tip of her tongue darted out to wet her lips. The paradoxical effect of innocent seduction was mesmerizing, and for a moment, he forgot they were dancing in the middle of a crowded ballroom. For a moment, there was only Miranda. And the pull of her was undeniable. 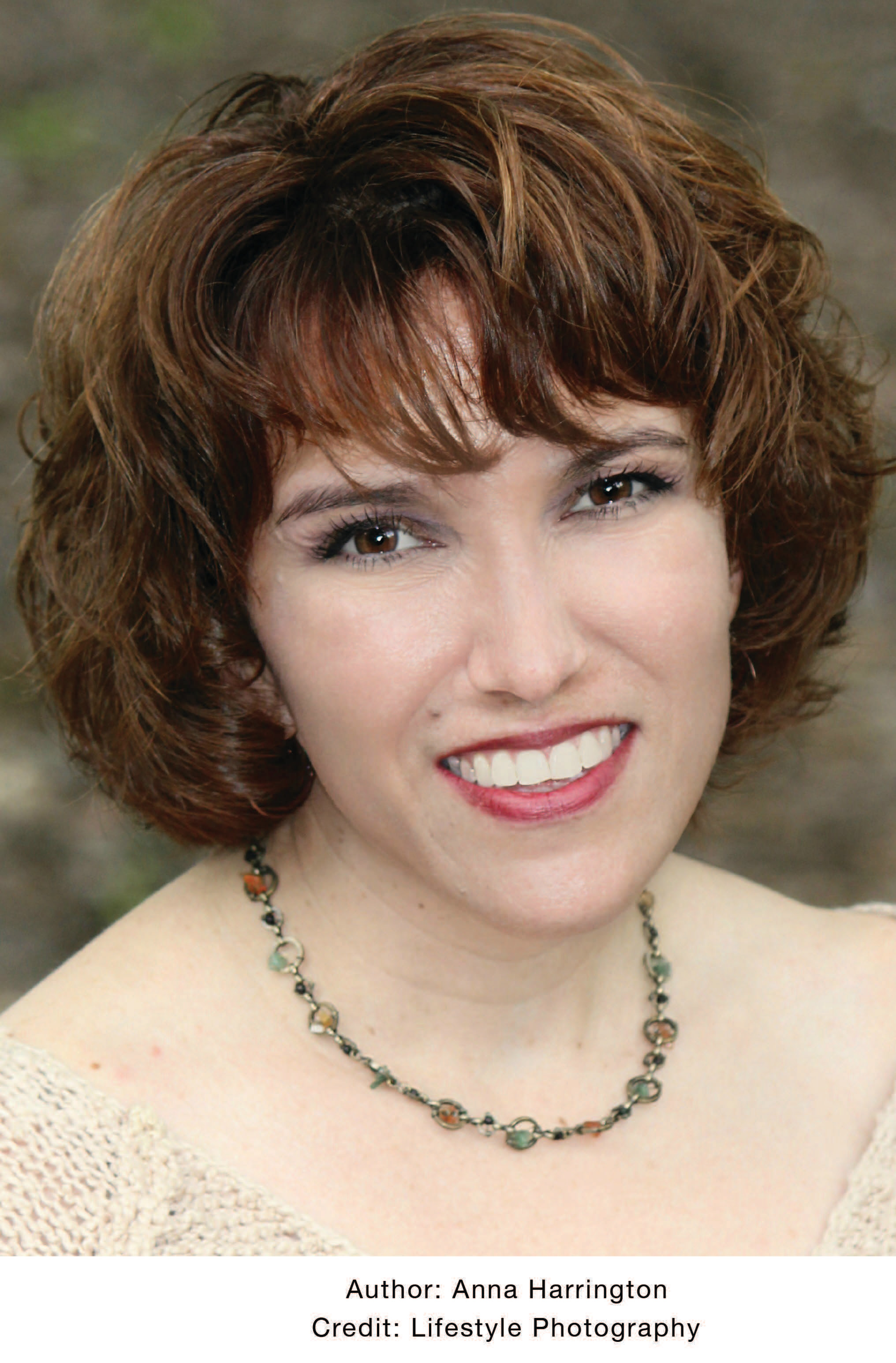 Anna Harrington fell in love with historical romances--and all those dashing Regency heroes--while living in London, where she studied literature and theatre. She loves to travel, fly airplanes, and hike, and when she isn't busy writing her next novel, she loves fussing over her roses in her garden.

Anna will be hosting a release party on Facebook, there will be giveaways, contests and guest posts from romance authors in addition to a special sneak peek at the end of the night.

If you can’t attend the Facebook party, or are just interested in learning behind the scenes information about Anna’s books, be sure to visit the “extras” page on her website for deleted scenes, insider info, and bonus shorts.

We’re giving away 10 copies of IF THE DUKE DEMANDS!