In a Ranger’s Arms 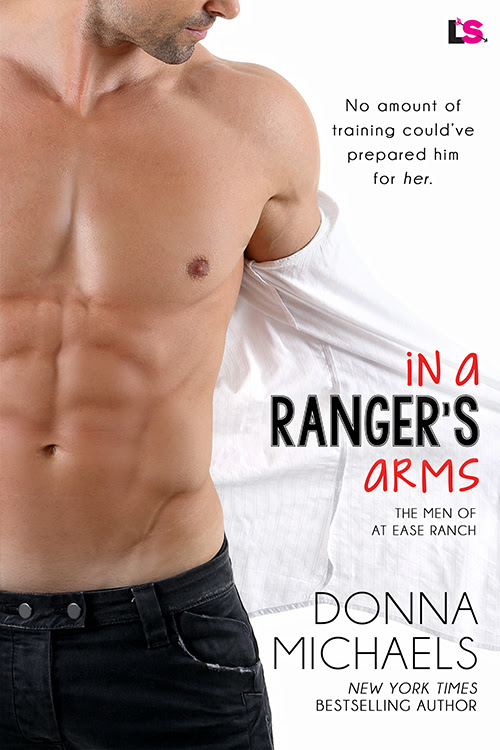 No amount of training could’ve prepared him for her.

Former Army Ranger Stone Mitchum doesn’t have time for relationships, let alone a one-night stand. He’s too busy running a ranch that helps transition veterans back into society. But when his curvy new tenant falls into his arms, his libido snaps to attention.

Jovy Larson has four weeks to prove she’s worthy of taking over the family business. She’s up for whatever ridiculous task they throw at her, but selling vegan food to a bunch of cowboys in cattle country, Texas? Not half as tough as fighting her attraction to her sexy, surly landlord.

Good thing she’s stubborn. Then again, so is he… Could the day get any worse?

Shutting down his computer, Stone Mitchum silently cursed his stupidity. After a decade as an Army Ranger, he knew better than to tempt fate with such a blatant thought. Too many times he’d witnessed others throw caution to the wind and invariably pay for the mistake in the end. Not him. Caution was his middle name. Until lately. Jackass seemed more fitting. Like now, thanks to that wayward thought, he just invited more shit to rain down on his sorry ass today.

With a grunt, he closed his laptop and stood, unsure if the creaking sound came from his knees or the old oak desk barely noticeable under a mound of papers and receipts. He glanced around the small office, just big enough to house the desk, chair, filing cabinet, and worn sofa…covered in more paperwork and receipts. At least the holes in the green plaid cushions were no longer visible.

Organizing the ranch office was on Stone’s to-do list, but not a top priority at the moment. Today was rent day, and for a change, he was the collector, not the payee. And after the last two emails he’d just read, he had some serious scrambling to do.

The first was from the bank reminding him the loan payment on the ranch was overdue. Again. The second was from a new tenant, insisting she’d already paid her first payment. His bank account said otherwise. Was this what he had to look forward to with her for the next few weeks? If he hadn’t been so damn desperate for money to keep the ranch and business afloat, he never would’ve signed a tenant who wanted to rent one of his storefronts in town for only one month. Good thing he insisted she start her lease early. Too bad the woman was tough to pin down for payment. He was right tired of dealing with the northerner through emails. It was time to have a face-to-face with this Jovy person.

He came around his desk and grimaced. What kind of a name was Jovy, anyway? The pain was probably one of those eternally happy people who constantly smiled, chewed gum, and drew hearts in her signature.

A few more curses rumbled in his throat as the door to the office swung open and his older brother Brick strode in, smudges of grease clinging to his jeans and chiseled face, while a troubled gaze mirrored Stone’s discontent. Great. Looked like he wasn’t the only one having a bad day.

The two of them, along with their buddies Vince and Cord, had been working nonstop for weeks on end to get their construction business off the ground. Requests for estimates from word of mouth started to trickle in. If they kept up the pace—provided nothing broke down—they’d be operating in the black by the end of next week. That meant they could hire more veterans.

The very goal of Foxtrot Construction—to give returning veterans a purpose, a reason to exist, and a place to stay on their ranch, if needed.

One more thing to add to Stone’s never ending to-do list. Stripping and staining the oak planks. The chore fell right below organizing the office. Damn list was getting bigger every day.

“Yo! Did you hear me, little brother?” A brow quirked over a set of dark eyes and tired expression Stone knew too well. It mirrored his, except Stone had gray eyes and a slimmer face. “The backhoe’s broken, again.”

He sighed. So much for avoiding broken equipment. But considering nothing they owned was brand-new, breakdowns were expected. Good thing Cord was an ace mechanic.

“I heard you.” Twelve months younger and shorter by one inch, although the way his brother teased you’d swear it was a whole damn foot, Stone leaned his six-foot-two-inch frame against the front of the desk. It creaked in protest again. He sympathized.

The ranch he purchased from his dad eight months ago with his brother and their two former Army Ranger buddies seemed like a great deal at the time. The large homestead, built by his grandfather, had been the perfect size and location to give returning veterans a safe place to stay while readjusting to civilian life. Or so they thought. Thousands of dollars and man-hours later, he wasn’t so sure. The repairs seemed endless, and he had the added burden of knowing his brother wanted to leave but wouldn’t until the ranch was fixed and the business was making a profit. Stone felt old and worn out like his desk. And their bank account.

He blew out a breath. “What’s wrong with it now?”

He stiffened. “Gone? Or broken?”

“Hell yeah, it matters. Is someone stealing stuff or is the damn thing broken?”

Frowning, Brick slowly rose to his feet, never breaking eye contact. “Relax. No one is stealing anything. It’s broken. Like your patience. Jeez, bro, you need to get laid.”

He resisted flipping the jerk the bird. Barely. “Forget about my fucking sex life and worry about the damn backhoe.”

Amusement sparkled in his brother’s eyes. “But your sex life is more interesting. Or lack thereof.”

Stone snorted. “Then you need a new hobby.”

“No.” Brick stepped forward and gripped Stone’s shoulders. “You need a new sex life. You haven’t been out on a date in nearly nine months.”

A fierce, sudden urge to smash something ripped through Stone, but he remained rigid and still. Nine months ago, their friend Leo attempted suicide and almost died. A fact that never failed to crush Stone’s chest with an invisible force. Would the anger and self-loathing ever go away? Probably not. Still, Brick didn’t deserve his wrath.

As if sensing the inner battle, his astute brother tightened his hold. “We all blame ourselves. But you need to snap out of it.”

If it weren’t for the concern darkening the guy’s already-weary gaze, Stone could’ve been persuaded to release a little of that anger. But his brother’s anxiety neutralized the aggression surging through Stone’s veins.

Damn. He hadn’t meant to worry anyone. Hell, he hadn’t even realized others had been keeping track of his lack of liaisons.

Brick released him and grinned. “Then prove it. Come with us to the Beer and Steer later. You haven’t gone out with me and the guys in months.”

“Because I’ve been too busy trying to run things,” he countered. “And there’s always something that needs fixing on the ranch.”

Besides, he didn’t deserve to have fun.

“Try again, shorty.” His brother smirked. “We’ve done a damn good job of turning the stables into quarters, fixing the barn for the horses, and tackling some repairs on this old ranch house.”

“And with the exception of the dead starter, Cord has brought all the other equipment back to life,” his brother added.

Also true. Their buddy was very useful with any kind of tool you shoved in his hands.

Brick folded his arms over his broad chest and stared him down. “I’m aware you take care of the business side of things, for which I’m eternally grateful, but you know what they say: all business and no play makes Stone a very dull rock.”

A grin twitched his lips. He punched his brother’s shoulder as he straightened from the desk. “You’re a goof, and I need to go collect the rent, unless you happen to be heading into town for that starter?”

“No. Sorry, bro.” Brick shook his head. “I already called old Skeeter. He doesn’t have one in stock. I came in here to use the laptop to order one online. You’re going to have to go collect the rent yourself.” A mischievous gleam entered his brother’s eyes. “You know, I heard the new tenant is pretty. Curvy, too. She could be just what you need to get back into the game. Help you clean the lead out of your pipes.”

Ah hell, not that again. “Give it a rest, Brick.” He scoffed. “I don’t care what she looks like. I’m not interested.”

“Ha!” His brother’s bark of laughter bounced off the walls. “You say that now, but one day, some pretty girl is going to come along and your deprived body is going to overrule your stubborn-ass mind.”

Not bothering to reply, Stone headed for the door. He wasn’t stubborn. His brother was stubborn. Trying to change that mule-head’s mind once it was made was like talking to a brick wall. Smiling at his poor joke, he grabbed his Stetson off the hook by the door and shoved it on his head.

“Don’t forget to meet us at the Beer and Steer later.” 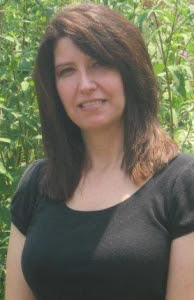 Donna Michaels is an award winning, New York Times & USA Today bestselling author of Romaginative fiction. Her hot, humorous, and heartwarming stories include cowboys, men in uniform, and some sexy, primal alphas. With a husband in the military fulltime, and a household of nine, she never runs out of material to write, and has rightfully earned the nickname Lucy…and sometimes Ethel. From short to epic, her books entertain readers across a variety of sub-genres, and one has even being hand drawn into a Japanese translation. Now, if only she could read it.