Calling All Friends to Lovers Fans!! This is one you are not going to want to miss! Pre-Order Now! 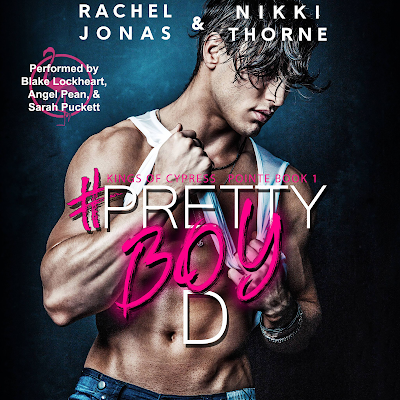 His followers don’t call him Pretty Boy D for nothing. The guy is, literally, God’s gift to women. I should know. I’ve watched chicks throw themselves at him since puberty.

Sharing his loft should be simple. Easy. But shortly after I settle in, we realize being "just friends" was so much easier when we weren’t sleeping under the same roof.

Seven years of thinking we had this down to a science goes out the window the night Dane sees my “Never Have I Ever” list. Now, he’s on a mission to help me cross off the top four items. Some of which aren’t quite as innocent as he’d expect.

What he’s proposing will break the rules we agreed to when I first came to stay here. He wants me to give in, to let my guard down, and face my feelings for once. At least, that’s what that wicked look in his eyes and the mounting heat between us suggests.

This isn’t how I imagined being roommates would go. But a girl can only stare temptation in its green eyes for so long and not weaken.

My best friend wants to have his way with me, and, right or wrong...I think I might let him.

Pretty Boy D is a full-length stand-alone novel. This book can absolutely be heard on its own, but when you’re done, it’s recommended that you check out more from the Golden triplets and Joss in the complete enemies-to-lovers trilogy Kings of Cypress Prep.

Do you enjoy the frustratingly hot push and pull of a good-friends-to-lovers or roommates-to-lovers romance? Then you’ll love getting to know Dane and Joss. Due to adult themes and sexual situations, this one’s only for the 18+ crowd. Expect an HEA and no trigger warnings needed.

Buy now and get lost in this story today!