LOOKING FOR A LITTLE ROMANCE? CHECK THESE OUT. 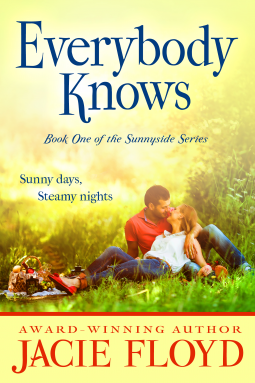 Life in the fast lane was going nowhere… At least that’s how librarian Harper Simmons felt. Despite growing up in her mother’s glitzy world of high fashion and rock-stars, that lifestyle holds no appeal for Harper. She craves small-town normalcy and a place to call home. With a grant from a philanthropic foundation, Harper sets out for Sunnyside, IL, to renovate and reopen the town library. But the locals aren’t sure what to think about the glamourous woman in designer clothes— once again showing her she doesn’t fit in.

Growing up in a small town wasn’t all it was cracked up to be. Not the way Doctor Zach Novak saw it anyway. Yes, Sunnyside had given him security and self-confidence–and being the town’s shining star wasn’t bad either—but now he feels smothered by their constant scrutiny and inevitable matchmaking. Longing to view the world from a bigger stage, he’s making plans to head out of town…until he meets the enchanting new librarian.

When their two worlds collide, there’s bound to be trouble for both of them. Harper and Zach’s overwhelming physical attraction and emotional connection has them steaming up the nights with an affair they hide from their friends and neighbors in Sunnyside. When Zach leaves on a humanitarian mission, the truth about their relationship comes out and Harper is blamed for driving him away. When allegations about her past further alienate the town, she questions her desire to remain where she isn’t wanted. Even if Zach returns to Sunnyside, will he be lost to her forever?

Everybody Knows by Jacie Floyd


Small town living, beautiful heartwarming scenarios are just some of the rewards that Jacie Floyd offers with Everybody Knows, the intro to her Sunnyside series. Harper has always felt out of place in the fast track world of celebrities and high living. She prefers the simple life without the glare of the camera and the invasion of privacy that go along with her mother's everyday life. Sunnyside proves just the place for her to start anew and follow her dreams. And perhaps find the home and happiness she' always craved. Zach dreams of a life less stagnate. He wants to make a name for himself away from his close knit surroundings and try something new. Ms. Floyd creating a feel of family with this engaging read. It was easy to be empathetic and understanding of these two characters searching for a place of their own. Everyone wants to leave a mark. What I love most about stories like Everybody Knows is that they deliver a sense of security and home, that is what makes a reader fall hard for a romance like this. 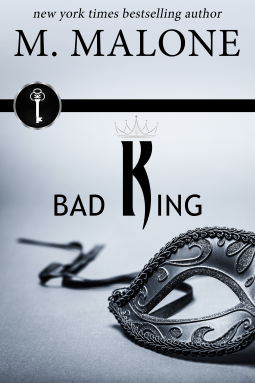 Thane Carter Kingsley IV lives for business. So when his parents threaten to turn over control of the Kingsley empire to his younger brother if he doesn't settle down, he knows just what to do. They don't care that the socialites they’ve picked are gold diggers, they just want him married. So King decides to find the fiancée of his parents' nightmares.

And where better to find a wife than a place like Club Prestige...

Olivia Reyes has finally built a better life. She’s a proud business owner and almost out of debt. Her childhood sweetheart, Bennett Alexander, is the perfect man for her but she hasn't convinced him… yet. But she will.

After she takes one last job.

Here’s your key to an exclusive world.
A place where anything goes and your darkest desires await.
Only the world’s elite are invited.
Pain. Pleasure. Prestige.


Talk about risky business. This story radiates so much heat that it feels like standing in front of a raging fireball. Olivia is not what I expected. She found an interesting but successful way to better her circumstances. She owns a strip club (partially anyway). She can hold her own with the big boys like larger than life King. But underneath that edgy personality lies a good girl at heart seeking a better life for herself. King is hard to take on a good day. Pompous, driven and used to getting his own way. Did I like him? Not so much, but the magnetic pull he gave off was hard to look away from. Over the top, extreme sensual stories are what M. Malone is good at and she stepped it up a notch with Bad King. 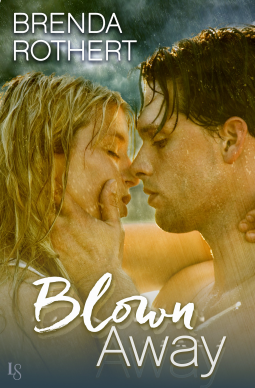 BLOWN AWAY BY BRENDA ROTHERT

In an emotionally charged, wickedly hot novel of love and loss, a passionate affair gives two daring storm chasers the strength to overcome shattered dreams and the courage to build a future together.

One year after her fiancé died in a heartbreaking accident, Drew McGovern decides to honor his memory by joining his old storm-chasing buddies on their latest excursion. What she’s not so sure about, however, is whether she’s ready to move on. Drew wasn’t expecting to feel the powerful pull of desire toward Colby’s best friend. But there’s no denying the intensity of their connection . . . or the heat he inspires in the parts of her that are still very much alive.

Aiden O’Neal doesn’t trust himself around Drew. He’s wanted this girl for a long time—long enough to remember the stab of jealousy he felt the first time he saw her in Colby’s arms. Now he’s trying his best to behave himself. But when the wind starts blowing and the adrenaline starts pumping, Aiden can’t resist the urge to claim Drew as his own. Because when it comes to desire, he’s hoping to make lightning strike twice.

REVIEW: BLOWN AWAY BY BRENDA ROTHERT

Blown Away by Brenda Rothert


It's fitting that the story was centered around storm-chasers. There is so much back and forth between Aiden and Drew that the weather is not the only cause of turbulence. Blown Away is a story about learning to move forward when the whirlwind of life upsets the plans you've made. Blown Away displays every emotion under the sun from grief, guilt, anger, compassion and love's healing power. It's a tough ride getting through the storm winds but the calm after the darkness is worth the heartache along the way.