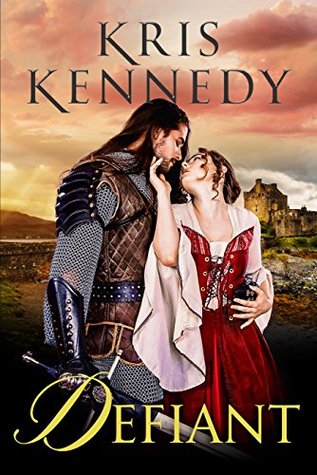 A knight bound to serve a foul king. A daring woman determined to oppose him. An explosive alliance that will rip open secrets and ignite a forbidden passion that may seal their fates--and the fate of the kingdom--forever.

BOUND TO A KING…

Jamie Lost is King John's most renowned commander, an audacious knight ordered to kidnap an troublemaking priest before rebel forces close in. The mission is simple--until he meets against a beautiful woman on a mysterious mission, a thief who will first steal his quarry, then his heart.


BOUND TO OPPOSE OPPOSE HIM...

Eva is determined to find the exiled priest too, and protect the dangerous secrets he holds, even if it costs her life. Danger lies everywhere, especially in the handsome knight showing far too much interest in her activities. But deep inside, Eva knows the danger lies not in Jamie, but in the desire he awakens in her body and her heart.


...A PASSION THAT WILL SEAL THEIR FATES

When a mysterious band of armed mercenaries upends both their plans and abducts the priest, Jamie and Eva must form an uneasy alliance. As civil war erupts around them, they embark on an epic journey that betrays the truth about their identities, their unexpected loyalties, and the dangerous attraction that could seal their fates--and the fate of England--forever.
***
Kris Kennedy writes award-winning, scorching hot historical romance. The heroes are bad, the heroines capable, and the passion burns.


Kris Kennedy is very good at writing complicated characters. Her stories are like stepping through a field of land mines and red herrings. Hidden in plain sight are the clues to unlocking the mystery, you just have to figure out where to look. The thrill of solving the puzzle is the attraction of her brand of storytelling. As I get better acquainted with this author I find there is no way of knowing where she will lead you on the quest for the truth and I have always been a sucker for puzzles that are hard to figure out. I received an ARC of Defiant in exchange for an honest review. On the surface there are set sides, the good and the bad but as you delve deeper there proves to be hidden agendas on both sides. Things are not as they seem. At the forefront are characters that are hard to read and a romance that seems out of place, yet I could not fault anything about this story except it ended too soon. 3.5 stars