His proposition: pretend they’re a couple to end a scandal. But she has secrets of her own…

Tatiana Doucet has dealt with sexy, arrogant athletes most of her life. But Jean-Pierre Reynaud is a whole different animal—in bed and on the field. Unbeknownst to him, their one amazing night produced a son. Now her family’s biggest football rival is back, offering a seductive wager she can’t refuse.


These big bad men proved to be anything but. Gervais, Henri, Dempsey and Jean-Pierre may have chosen different paths in their careers but wealth, power and hard work are the legacy of being a Reynaud. That being said it's only natural that such alpha men would seek out equally focused and determined women. Joanne Rock and Catherine Mann have done a superb job of creating a world of power, tumult and romance in a regal city full of mystery and beauty. On the surface these men have it all but looks can be deceiving. I received an ARC of Secret Baby Scandal in exchange for an honest review. This is Jean Pierre's story. His playboy image has created unwanted scrutiny that leads him in desperation to a woman from his past. What starts as a charade quickly spins out of control. Secrets and vendettas could destroy everything. The Bayou Billionaires are sexy, secretive bachelors that would be nothing without the love of a good woman. Although all are hard to resist Dempsey and Jean-Pierre are my favorites. 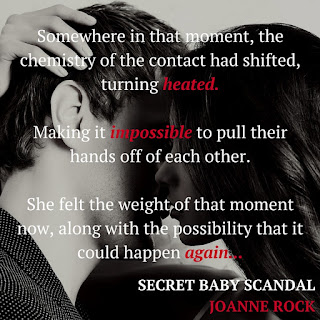 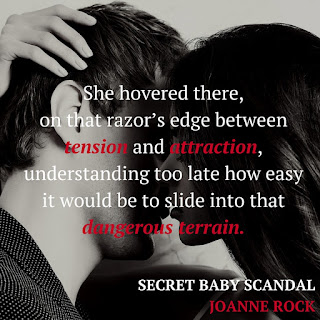 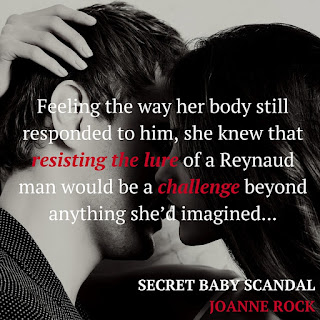 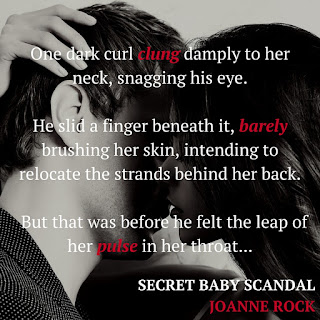 Son?
Jean-Pierre had taken hits from the toughest, strongest, meanest players in the NFL. Afterward, as he lay in the grass with his ears ringing and his vision blurred, he would struggle to snap out of the slow-motion fog that felt kind of like being underwater.
That was exactly how he felt walking into Tatiana’s apartment, her words slowly permeating his consciousness along with the cry of an infant. Dazed, confused and trying to stand up straight despite the floor shifting under his feet, Jean-Pierre stood in her foyer and waited for her to return from wherever she’d disappeared.
“Mr. Reynaud?” An older woman in a simple gray dress stepped into the living area to his right. “Miss Doucet asked if you wouldn’t mind joining her in the family room. It’s just past the staircase on the left.” She pointed the way and then went about her business, picking up a few things in the living room.
A bright blue blanket. A baby bottle.
Seeing that bottle was like the second hit when you were already down.
At the same time, it was enough to make the mental fog evaporate and get his feet moving.
Fast.
He needed answers now. Hell, he needed answers months ago. Tatiana had done a whole lot more than throw his career into a tailspin tonight with her unguarded remark to a member of the press. She’d been hiding the biggest possible secret that was going to bind their lives together forever.
“Tatiana?” Her name was a sharp bark on his lips as he entered the spacious suite overlooking Central Park.
Framed playbills lined the walls along with photos of Tatiana and her family. Tatiana with her father at her graduation from Columbia. The Doucets outside of a downtown skyscraper with the brass name plaque of her prestigious law firm. Every picture was a reminder of the life he might have had with her if her family hadn’t turned her against him.
A blaze crackled in a fireplace on the far side of the living area. And beside it, in that warm glow of flickering light, he spotted her on the dark leather love seat, cradling a tiny bundle of blankets to her breast. Tatiana’s dark brown curls shielded her body as much as the blanket, the firelight making the skin of one shoulder glow where she’d unfastened her dress to feed the baby.
Her baby.
His…son.
Something shifted inside Jean-Pierre, his whole world tipping on its axis as everything changed irreversibly.

Don't Miss the rest of the Bayou Billionaires