Enter to Win a Print Set of the Montana Hearts Series bks 1 & 2,
HER WEEKEND WRANGLER and SWEET TALKIN COWBOY 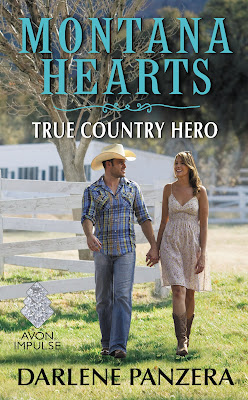 In the third heartwarming installment of Darlene Panzera’s Montana Hearts series, a hot-shot rodeo star tries to win the tender heart of his biggest critic

For Jace Aldridge, the chase is half the fun. The famous rodeo rider has spent most of life chasing down steers and championship rodeo belts, but after an accident in the arena, his career is put on temporary hold. When he’s offered a chance to stay at Collins Country Cabins, Jace jumps at the opportunity to spend more time with the beautiful but wary Delaney Collins.

Between trying to make her family’s business a success, raising her daughter single-handedly, and volunteering at the local wildlife shelter, Delaney doesn’t have time for love. Even though she’s determined to not let the handsome cowboy under her skin, Delaney can’t deny how much she looks forward to every day with him. She's determined to be friends with the handsome cowboy, nothing more, even though Delaney's heart flutters every time he draws near.

But all is not well in Fox Creek and when a violent poaching ring escalates out of control, Delaney must trust that Jace is the true country hero she hopes he is.


Ms. Panzera is an author that I have been aware of for quite some time but, have never had the pleasure of reading her work. When this opportunity came along I decided to take a chance. True Country Hero does have a hint of mystery but is mainly a love story. I have not read a great deal of romances where the story progresses at a slow pace that allows the reader to get to know the couple separately before they become a unit. A welcome change. I received an ARC of True Country Hero by Darlene Panzera in exchange for an honest review. Despite the fact I am new to this series I felt a connection right away and it felt like a homecoming of sorts. I liked that.

“Jace!” Gavin McKinley called. “You should have come with us. One of our guys got himself an eight-point buck with the first draw of his bow.”
“That’s impressive,” Jace said, giving the man a nod as if interested.
“Let me introduce you to Alicia,” Gavin said, coming up beside them with another rider. “She’d like to be your personal trail guide.”
“I sure would,” the voluptuous blond bombshell purred. “How about tomorrow, cowboy?”
Delaney stiffened and glanced at Jace. Was he attracted to this blatantly seductive woman? It was clear from Gavin’s expression that he hoped so.
She thought of the dresses, jewelry, makeup, and magazines Bree and Sammy Jo had brought over. They’d been right. She was going to need every advantage she could latch on to in order to keep Jace from giving his endorsement to someone else. Oh, if only she knew how to flirt!
By some miracle, Jace shook his head. “Maybe some other time. I promised Jed and Luke Collins I’d go out hunting with them tomorrow.”
What? She couldn’t let them, but silenced her tongue. For now, all that was important was that Jace had rejected the rival’s offer. She had several hours available to come up with a plan to stop Jace from hunting with her own family. “That’s right, Gavin,” she said, backing up Jace’s decision. “My father is a hard man to refuse.”
Gavin grimaced. “But, Jace, we’re talking about big game here, with a beautiful woman by your side. What more could you want?”
Jace gave the man a level look and nodded toward Delaney. “I’ve already got a beautiful woman by my side. Promise me something no one else can and maybe I’ll come along on a hunt with you.”
“Playing hard to get, are you?” Gavin let out a hearty laugh. “Okay, Jace, I’ll wait to talk to you in private, when there aren’t so many others around.”
The outfitter nodded in her direction, making it clear he meant when she wasn’t around. How dare that man! And what about Jace? His words inferring she was as beautiful as Gavin’s sexy blond gave her an unexpected jolt of warm pleasure, but what about what he said after that?
“Promise me something no one else can”? Was Jace insinuating he might be interested in going after some illegal kills with this guy?
Her stomach squeezed tight, just like it did when her friend, Carol, from the animal shelter asked her to speak at the rally. Nauseating bile rose into the back of her throat and she feared she might be sick again. She squeezed her eyes shut, took a few deep breaths, and after a moment got it under control.
And to think she’d actually considered that maybe Jace wasn’t so bad. Men. She couldn’t trust any of them. She wouldn’t have anything to do with them if she could get away with it, but she remembered the promise she’d made to her family. No matter what she thought of Jace, she had to be nice to him and somehow make him believe her ranch was better than anyone else’s.
Gavin signaled for his group to move on, and as he rode his horse past her, he smirked, and taunted softly so only she could hear, “You don’t have what it takes to keep him.”
Alicia blew Jace a farewell kiss off her hand and with a sinking feeling Delaney feared the rival outfitter might be right. 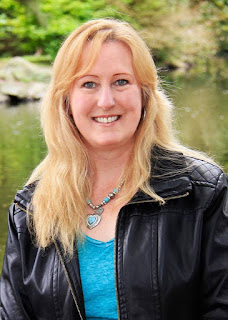 DARLENE PANZERA writes sweet, fun-loving romance and is a member of the Romance Writers of America’s Greater Seattle chapter. Her career launched when her novella “The Bet” was picked by Avon Books and New York Times bestselling author Debbie Macomber to be published within Debbie’s own novel, Family Affair. Darlene says, “I love writing stories that help inspire people to laugh, value relationships, and pursue their dreams.” Born and raised in New Jersey, Darlene is now a resident of the Pacific Northwest, where she lives with her husband and three children. When not writing she enjoys spending time with her family and her two horses, and loves camping, hiking, photography, and lazy days at the lake.