HAPPY BOOK DAY: WAKING UP WITH A BILLIONAIRE (OVERNIGHT BILLIONAIRES) BY KATIE LANE.

He can have anything he wants...except her

Famed artist Grayson Beaumont is the most elusive of the billionaire Beaumont brothers. He has a reputation for seducing any woman with only a look, word, or sensual stroke of his brush. But now Grayson has lost all his desire to paint . . . unless he can find a muse to unlock his creative-and erotic-imagination.

Chloe knew she might have to shed her clothes when she agreed to pose for the celebrated artist, but she wasn't expecting to shed all her inhibitions as well. Under his intense scrutiny, there's nothing she can hide...including a secret from her past that, once exposed, will change how he looks at her forever.

REVIEW:  WAKING UP WITH A BILLIONAIRE (THE OVERNIGHT BILLIONAIRES) BY KATIE LANE

WAKING UP WITH A BILLIONAIRE (EXCERPT)
“Stay right where you are . . .”
Stretched out on the floor in front of Grayson, Chloe just felt sexy. The feeling only intensified as he took a seat and started to draw.
The way he painted was twice as sensuous as the way he drew. The brush was like an extension of his hand and the canvas her body. Wherever his hot gaze landed, she felt the stroke of his brush. Her feet. Her legs. Her breasts. Her warm center.
He made her feel beautiful. Breathtaking. And wicked.
She now understood what being “captured on canvas” meant. Right now she was Grayson’s. For all eternity, she wanted to be . . .
“Grayson’s.”
She didn’t realize she had spoken until his hand halted in mid-brushstroke. His gaze found hers, and he dropped the brush and slowly rose from the stool and looked down at her with hungry eyes. She remained perfectly still.
A willing sacrifice on the altar of Grayson . . .

“Who told you that I’ve bedded hundreds of women?”
“No one had to tell me. If you make the other women you paint feel the way I do, it just makes sense.”
Grayson lifted his head, and his eyes drilled right through her. “How do I make you feel, Chloe?”
It was past sexual attraction. Past anything she had ever felt with another man. But she couldn’t tell him that. Not when she was leaving. So instead of answering, she leaned in and kissed him. She kissed him with everything she had.
Without breaking the kiss, he stood and pulled her up with him. The warmth of his body spooned around her made her feel warm and secure, and she closed her eyes and drifted. She was in that place between wakefulness and dreamland when he whispered.
“You’re wrong, Chloe. You’re the only woman I can’t resist . . .”

Overnight billionaires, the Beaumont brothers are thrust into life in the fast lane with exotic cars, private jets . . . and sex and success on their minds.

A commanding presence in the boardroom and the bedroom, Deacon Beaumont has come to save the failing company French Kiss. He was born to be boss in this glamorous new world of lacy lingerie and stunning supermodels. But one bold and beautiful woman dares to question his authority.

Olivia Harrington has dedicated her life to the company's success. Just because Deacon is sexy as hell doesn't mean he'll make a better CEO. With a limitless supply of push-up bras and garter belts, Olivia turns her considerable feminine charms on Deacon to discover what makes him tick . . . and reveals instead the billion reasons why she wants him to stay.

REVIEW:  A BILLIONAIRE BETWEEN THE SHEETS (THE OVERNIGHT BILLIONAIRES)  BY KATIE LANE 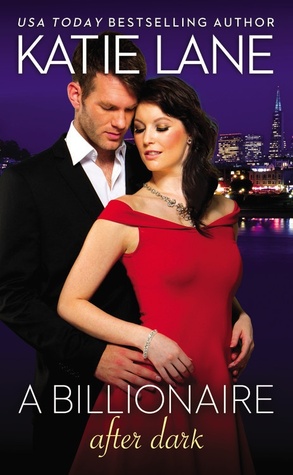 With endless wealth comes irresistible temptation . . .
It's an undisputed fact that Nash Beaumont is the hottest of the Beaumont brothers. His slow, sensual smile charms every French Kiss employee-and tempts every woman to buy the company's lingerie. But beneath Nash's raw charisma is a dark, kinky side that he struggles to control . . . a side that may be exposed by one lovely-and unexpectedly adventurous woman.

Reporter Eden Huckabee needs a story. And when she discovers Nash's dirty little secret, she thinks she's found it. But Eden doesn't count on Nash turning the tables on her-or that she will fall so deeply for this unbelievably sexy, one-in-a-billion Beaumont.

REVIEW:  A BILLIONAIRE AFTER DARK (THE OVERNIGHT BILLIONAIRES) BY KATIE LANE

Katie Lane is the USA Today bestselling author of the Deep in the Heart of Texas, Hunk for the Holidays, and Overnight Billionaires series.  Katie lives in Albuquerque, New Mexico, and when she isn't writing, enjoys reading, going to the gym, golfing, traveling, or just snuggling next to her high school sweetheart and cairn terrier Roo.