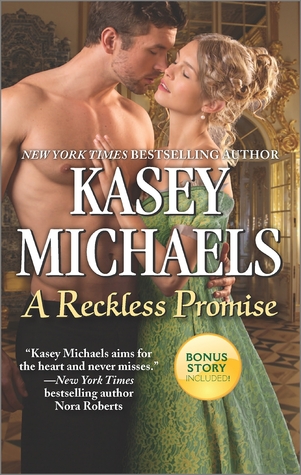 A RECKLESS PROMISE (THE LITTLE SEASON) BY KASEY MICHAELS

London's Little Season has never been so scandalous

It's the kind of vow often made on the battlefield. Darby Travers, Viscount Nailbourne, never imagines he'll have to honor it. Yet here she is on his doorstep—his late comrade's young daughter, and Darby's new ward. Worse, she comes with the most overprotective, mistrustful, bothersome chaperone—the child's aunt, Sadie Grace Boxer. Darby is quite sure that behind her lovely facade, the woman is guarding a secret.

Sadie Grace faced many trials working in her brother's surgery, but none prepared her for the world she's thrust into with his passing. Navigating the ton, with its endless ball gowns and parade of parties, is difficult enough, but hiding the truth about her niece while the sophisticated viscount watches her every move proves nearly impossible—particularly when his searing gaze tempts her to bare all. But when her family's past catches up with her, she'll have to trust in Darby…no matter the cost to her heart.

REVIEW:  A RECKLESS PROMISE (THE LITTLE SEASON) BY KASEY MICHAELS

A Reckless Promise by Kasey Michaels

Miss Sadie Grace was smart, caring and no pushover. She had worked hard for every accomplishment she made and every skill she learned. So why is she know being drawn into a world that is governed by rules and station. Love. She loves her niece, misses her brother and is drawn to the man who is set to fulfill her brother's last wishes. A Reckless Promise is a story of sacrifice that blossoms into a love and ultimately a family. Sadie and Darby have to learn trust goes both ways and vulnerability does not a weak person make. 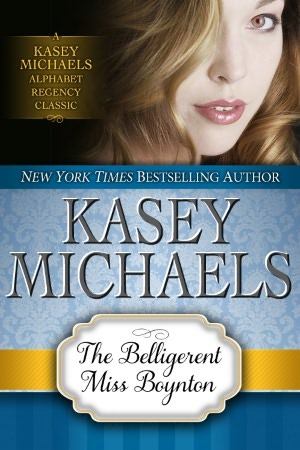 Amanda Boynton is set on escaping her marriage-minded stepfather, refusing to be “sold” on the open market. She plans a grand exit from Society, first making a spectacle of herself at Almack's in order to humiliate the man, and then leaving London for — well, she hasn’t quite figured out that part of her plan yet.

Jared Delaney, Lord Storm, is both intrigued and appalled when he hears of Amanda’s plan (or should we say her lack of a plan), and decides she needs a companion, a protector, as she flees Mayfair in the dead of night.

But once on the road with the belligerent Miss Boynton, his plan begins to change. A small seduction is one thing, but Jared’s thoughts quickly turn to a more permanent arrangement.


Amanda has the personality of a minx but the heart of a survivor. She does what she has to in order to protect her sanity but doesn't think through the execution process of her plans. Her character had many contradictions, she has naivety that hints at immaturity but a wisdom born of necessity and she can play a hoyden like nobody's business. Jared was gallant, trustworthy and border on dangerous with his wicked personality and his tempting good looks but when he cared he didn't hold back from expressing that. The Belligerent Miss Boynton is an adventurous saga of courage, humor and heart that is a showstopper and a welcome edition to regency.