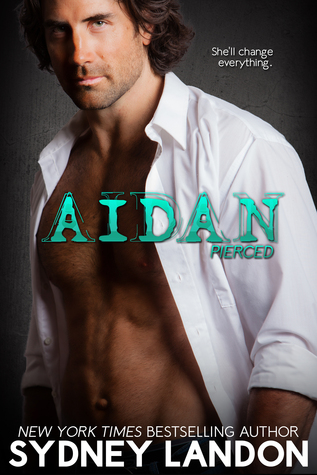 Aidan Spencer walked away from his family and his friends when the woman he'd loved since childhood died while attempting to kill his best friends wife. Aidan had chosen to save another and in doing so had lost Cassie. For over a year, he's been isolated from everyone he loves until a family emergency brings him back home. When he meets a woman along the way whose problems are more dire than his own, he must decide if he's strong enough to fight for the woman he's falling in love with knowing there's no promise of a tomorrow for them.


As sure as the sky is blue, there are bumpy roads on the highway of life. Ms. Landon powerfully drives that point home in Aidan. Aidan Spencer has seen his share of heartache and betrayal, yet nothing prepared him for the fear of falling in love. It had to be good for me to finish in one day. Not only does Sydney Landon create a poignant love story. She tackles an emotional subject that is a global problem. I received an ARC in exchange for an honest review. Aidan is the second novel of Ms. Landon's that I have read. Sometimes a person has to face the ugly to appreciate the beauty. Hats off to Sydney Landon. 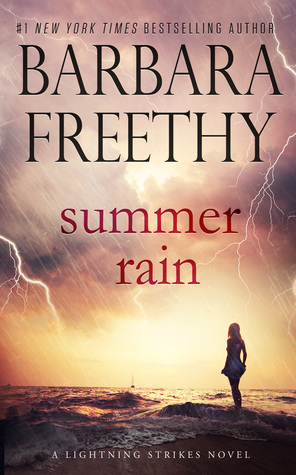 Danielle Monroe is determined to use her new job in DC as a stepping-stone to a high-powered political career. But the secrets surrounding her father's death continue to overshadow her goals. Her family thinks she holds the final piece of the puzzle, but she doesn't even know what the puzzle is until an attractive and possibly dangerous stranger shows up in her life.

Patrick Kane is searching for answers about his own dark tragedy, not realizing that the beautiful Danielle may not just hold the key to his mystery but also his heart. They have to stay alive long enough to find out.


Just like me to come in on the tail end of a series. Summer Rain has a touch of mystical mystery blended with a hint of romance. I received an ARC of Summer Rain in exchange for an honest review. The high stakes world of Washington D.C. is a great location for a story about corruption, murder and secrets. Dani lands herself right in the center of a paradox. Secret agendas. mysterious deaths and attempted murders follow Patrick and Dani in their quest for long awaited answers. Barbara Freethy has an intriguing mind. Her stories are the perfect playground for adrenaline junkies who thrive on cryptic suspense and breath catching reveals. 3.5 stars

Jase Foster can't believe his bad luck. He's been paired with the she-devil herself for his best friend's wedding: Emily Klein of the miles-long legs and killer smile. She may be sin in a bridesmaid dress, but there's no way he's falling for her again.

They can barely stand each other, but given how many of their friends are getting married, they'll just have to play nice-at least when they're in company. Once they're alone, more than just gloves come off as Jase and Emily discover their chemistry is combustible, and there may be something to this enemies to lovers thing after all...

May the Best Man Win by Mira Lyn Kelly

Romance is a small genre and Ms. Kelly knows how to spread the magic of love. From her addictive Harlequin reads to her swoon worthy Loveswept novels and her enchanting Sourcebooks titles she knows how to keep the fires burning. Her romantic soul shines through in every paragraph she writes and every adorable character she creates. What I love most about May The Best Man Win is that it combines the best of her traits to create a story that is light, amusing and hard to put down. Am looking forward to the rest of the Best Men series. 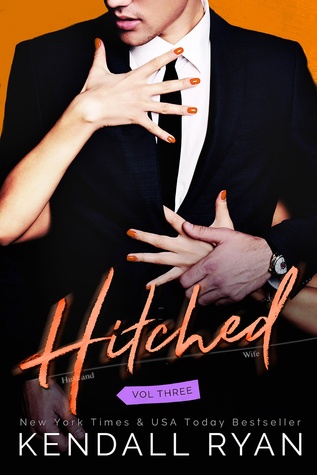 Amazing. I have followed the Imperfect Love series from volume 1. Have seen the good, bad and frustrating aspects of Olivia and Noah's relationship. Have watched each grow individually and seen the cracks in the walls each has erected. Finally I realize what was staring me in the face all along. The business was an important part of their lives both personally and professionally BUT, the lesson their fathers were trying to teach them is that life is more essential. Although it was a crazy way to get their attention. It served the purpose. Success is measured by more than accomplishments. It's the people left behind, the wisdom gained and the ability to live, not leaving any regrets at the end. Kendall Ryan has written a insightful romance that is sexy, funny and complex. The shortest in the series but the most profound.

AS RICH AS A ROGUE (RAKES & ROGUES) BY JADE LEE

Mari Powel’s fiery Welsh temper is up. Peter Norwood, Lord Whitly, is back in town after six years romping around India making his fortune. Mari blames him for her social downfall and has spent all this time clawing her way back into the ton’s good graces. How dare he show up on his first day back and publicly embroil her in a bet involving long-awaited apologies, illicit kisses, and Lady Illston’s unruly parakeet? Mari is outraged, and is going to show him—and everyone else—what she’s made of. Little does she know, the unrepentant Lord Whitly has been dreaming of her all this time. Now he’ll do anything to win the wager—along with Mari’s heart.


REVIEW:  AS RICH AS A ROGUE (RAKES & ROGUES) BY JADE LEE

As Rich as a Rogue by Jade Lee


What does a man do to appease the woman he loves? Embroil her in a scandal. I received an ARC of As Rich As A Rogue by Jade Lee in exchange for an honest review. For six years Mari has fumed over the hurtful worlds delivered by Peter. Now faced to face with her nemesis she wants retribution. Not an easy feat when Peter can't remember what was said. What ensues is petty squabbling, unwanted attraction and mutual frustration. Once the childish banter wore off, I found the romance to be enjoyable. 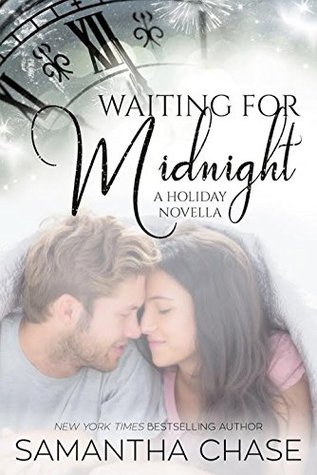 WAITING FOR MIDNIGHT BY SAMANTHA CHASE

Maddie's hoping for a little holiday magic with her sexy neighbor Noah...
For the last year, Maddie's been trying to get Noah's attention, but to no avail. Until a busted light bulb, a broken ladder and a concussion lend a hand. Now with the holidays right around the corner, she's hopeful that she'll finally get her wish to kiss her sexy neighbor as way to kick off the new year.

Waiting for Midnight by Samantha Chase


A sprinkle of that magic to be carried all year round. Waiting For Midnight
brings the romance, sentiment and heart in a short story that blends hope, dreams and fairy tale wishes to create a little piece of heaven. I had the pleasure of reading Ms. Chase's edition to the Christmas in the City anthology back in December. I loved it then, just as much as I do now.

JONQUILS FOR JAX (BLUEBERRY LANE - THE ROUSSEAUS) BY KATY REGNERY

Did you fall in love with The English Brothers? Were you hot for the Winslows?

Jacqueline “Jax” Rousseau is vivacious, rich, smart and beautiful…but that doesn’t mean she’s lucky in love: she’s dated doctors, lawyers, actors and politicians who’ve all managed to end up disappointing her. In fact, she’s on a self-imposed hiatus from love when she has an unpleasant run-in with her neighbor’s gorgeous new landscaper, Gardener Lenox. Jax is not accustomed to gruff, ill-mannered men that can’t be charmed, but something about Gard intrigues her, and if she can find her way through the armor that surrounds his heart, she also might find a love that won’t let her down.

Jonquils for Jax by Katy Regnery

With any story whether horror, drama, romance, etc. there is always one scene that triggers the imagination and is hard to let go of over time. For me that was the moonlight garden scene the night Gardner and Jax met. What a first impression. The glowing flowers, the beautiful surroundings, an air of mystery mixed with the magic of simmering attraction. That one scene set the tone for the rest of the story. Gard is a paradox. He enjoys and creates beauty with an artists touch but knows that ugliness can be wrapped in beautiful trappings. Jax has a curiosity for the unknown. It tends to get her into troubling situations but her scars are hidden below her cultured upbringing and have made her wary and determined. Jonquils for Jax is just another reason why Ms. Regnery is a favorite author of mine. She uses a pen like an artist uses a brush. Her story are born from her love of beauty and becomes more obvious every stroke.