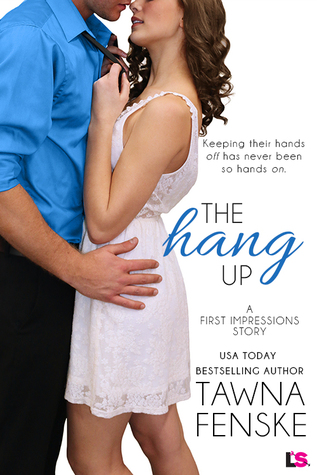 THE HANG UP (FIRST IMPRESSIONS) BY TAWNA FENSKE

PR specialist Miriam Ashley makes her living cleaning up bad boys. Mountain climber-turned-CEO Jason Sanders should be an easy fix. And with a nephew to care for, he’s motivated. The problem? Every time she tries to help Jason get his head in the boardroom, they end up in the bedroom.

What the hell is she thinking? He’s the definition of off-limits. Not just because he’s a client—he spends his free time risking his life mountain climbing. The same thing that got her father killed. She’s not going to open her heart to a guy who could disappear at the drop of a…well, she’d rather not finish that thought.

She needs to leave complicated alone, but every time she sees Jason, something tells her it’s her who might fall…

REVIEW:  THE HANG UP (FIRST IMPRESSIONS) BY TAWNA FENSKE

The Hang Up by Tawna Fenske


ARC Review: The Hang Up (First Impressions) by Tawna Fenske

Tawna Fenske can hide a serious read within a wacky package. I love that about her style. The Hang Up is a self-healing journey about two people working through abandonment and maturity issues. Insightful, delightful and Ms. Fenske at her best. The Hang Up was written with great thought and a lot of heart. 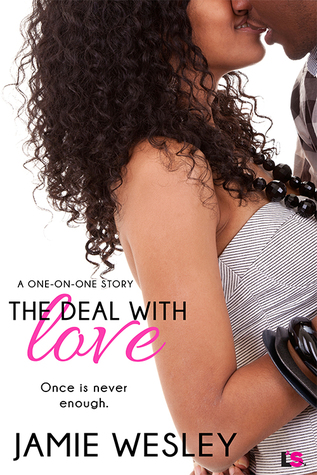 THE DEAL WITH LOVE (ONE ON ONE) BY JAMIE WESLEY

When filmmaker Christian Monroe runs into fiery—and frustrating—Elise Templeton at a party, the night quickly becomes the hottest one-night stand of their lives. But then her boss hires Christian to make a publicity film about Elise, and suddenly they’re in each other’s space. All day. Every day. And things are getting hotter…

Outside the bedroom, the two have nothing in common. Elise is focused solely on becoming the NBA’s first female general manager. And Christian learned long ago that being a work-a-holic—or being with one—is a recipe for disaster.

But the more Elise reveals her deepest desires and fears to Christian—something she’s done for no man, ever—the more Christian wonders how much longer he can keep his hands off the infuriating woman who rocked his world…

REVIEW:  THE DEAL WITH LOVE (ONE ON ONE) BY JAMIE WESLEY

The Deal with Love by Jamie Wesley


ARC Review: The Deal With Love (One on One) by Jamie Wesley

The Deal with Love holds a special place in my heart. The romance was heated but was not the big draw for me. Elise was. Being a woman in what is thought of as a man's world is hard for anyone BUT, when trying to break into the NBA and manage a team of athletes it's even more difficult. Jamie Wesley earned a great deal of respect from me for tackling sexism, which is still a big problem in the world today. Elise, although fictional, her journey was an empowering and inspiring example. The moral of the story: "Let no one and nothing deter you from following through on your dreams." 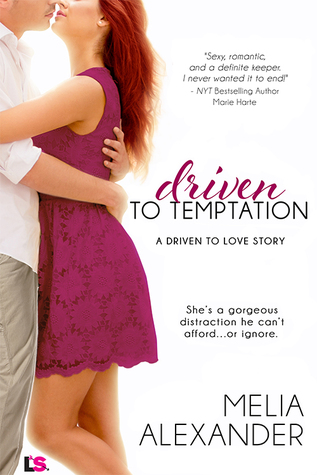 DRIVEN TO TEMPTATION BY MELIA ALEXANDER

Aidan Ross might be an engineering genius, but people skills? Not this soldier’s forte. Thankfully, a trusted friend is accompanying him to a make-or-break tradeshow…but then a bubbly redhead hops into his truck, claiming to be his new road trip buddy. She’s a gorgeous distraction he can’t afford. Or ignore.

Delaney Harper comes from a family of engineers—male engineers. With several impressive projects under her belt, she’s on a mission to prove she can hang with the big boys, too. But cracking the sexy, closed-off CEO is tougher than she expects…and hotter than she could have imagined.

With the tempting woman disrupting his carefully planned schedule, Aidan can’t focus on the road, much less their upcoming presentation. The future of his company is riding on this trip, and if they’re to land a huge account, he has to keep his head—and his heart—in the game…

Driven to Temptation by Melia Alexander

Ms. Alexander got my attention. I have read a great deal of authors and she reeled me in with one book. Driven To Temptation is everything you would expect from an Entangled title. A little stereotypical, a great deal of temptation and a delectable romance. Aidan is talented and understands designs better than he understands people. Not good for a man who hopes to expand his business. Delaney is spirited, smart and female. That has proven to be a drawback for her in her chosen field. What happens next is obvious of course but that does not take away from the exciting and inviting feel of their romance. Battle of the sexes that is HOT!!

A little temptation never hurt anyone…

Lance Townsend craves freedom after years living a structured existence in the Army. But just as he’s about to start on his bucket list, Lance receives an unexpected request: check in on his goddaughter. The problem? The adorable little girl’s aunt is the one woman he’s never been able to forget.

Carly Quigley can’t believe her brother’s best friend, the man who jilted her years ago, is at her door. He claims her brother asked him to check in on her niece and their fixer-upper, but all either of them can focus on is their undeniable attraction. Carly knows Lance is counting down the hours to leave, which makes him the wrong man for her. Unfortunately, the wrong man has become oh-so-tempting.


A heartfelt request opens the door for a second chance. I received a copy of Tempting Mr. Wrong in exchange for an honest review from NetGalley. I love stories where fate steps in to reunite lost loves. Lance wants the chance to experience life to the fullest now that he has his freedom. Years in the army, following rules has made him long for a less restrictive lifestyle. But a misplaced letter from a deceased friend changes his plans and sets him on a course that may give him the life he never knew he wanted and reunite him with the love he has always regretted losing. Add an adorable little girl, divine intervention, a little matchmaking and you have the makings of a heartwarming love story.