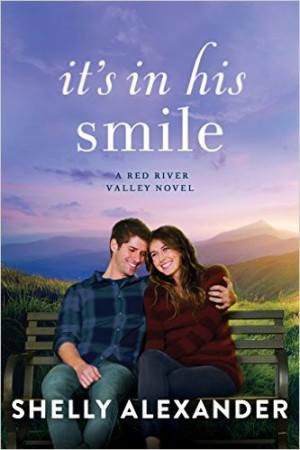 IT'S IN HIS SMILE (RED RIVER VALLEY) BY SHELLY ALEXANDER

She’s risking it all on a dream career… until his smile convinces her to risk her heart on love.

Miranda Cruz isn’t just the best darned waitress in town anymore; she’s Red River’s newest innkeeper. All she has to do is renovate the inn, find the contractor that has disappeared with her life’s savings, and prove that she is the respectable business owner she’s always dreamed of being. Easy, right? Especially for the intelligent Miss Cruz who never depends on anyone, including a man. Until a gorgeous old flame shows up and reignites a fire that has been simmering for seven long years and could send her dreams up in smoke.

Acclaimed environmental architect, Talmadge Oaks, returns home to Red River to settle family business. He plans to get in and get out as quickly as possible because a professional catastrophe is waiting for him back in the Pacific Northwest. When an unforeseen snag keeps him in Red River longer than expected, he finds himself entangled with the floundering renovations of his late grandmother’s old Victorian inn. Handy with a hammer, Talmadge offers to help the inn’s beautiful new owner, but his motives aren’t completely selfless. Will his secret demolish everything they are building? Or will their undeniable passion and love be enough to hold them together?

REVIEW:  IT'S IN HIS SMILE (RED RIVER VALLEY) BY SHELLY ALEXANDER

It's In His Smile by Shelly Alexander


Ever heard the saying " pride before a fall"? That description does apply to Miranda ( a tiny bit). Too smart for her own good Miranda makes decisions that come back to bite her later on. Maybe it's that foolish pride. In no way is Miranda a bad person but she is afraid to be seen as weak and keeps getting burned because of it. Meeting Talmadge helps her see that being vulnerable can lead to success in the personal as well as professional aspects of life. Now if she can just get him to agree with her new outlook, everything will be fine. Red River embodies home, heart and community and the mantra spills over into Shelly Alexander's traditional story telling. Cloudy days are hard to swallow but sunny days give hope for tomorrow.

After Talmadge's colossal gaffe yesterday at Joe's, the chances of Miranda letting him take over the renovations at the inn were about as good as her contractor giving back her money.
The way he saw it, he had two options.
One: play the I'm-your-creditor card and take charge of the renovations whether she agreed or not. When it came to any kind of building project, everyone followed his lead. Hell, he'd earned that leadership roll in world of architecture.
Miranda's face glowed red with anger.
Right. Option one wasn't working out so well.
He shifted to option two: make her think she was still in charge.
"Don't be foolish, Miranda. You need help with this place." Talmadge was trying real hard to keep his mind and eyes off the taut nipples showing through her thin shirt. The moment he'd turned and saw her standing in the dining room staring at him with sleepy eyes and messy pillow hair...glaring at all of them over the absurdity of superheroes while wearing silly cartoon pajamas... Well, hell. His throat had closed up, and he'd wanted to toss her over his shoulder and take her to back to bed. This time with him in it too. 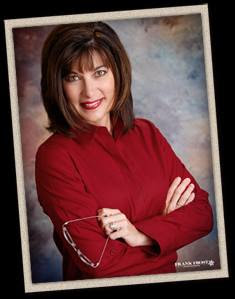 A 2014 Golden Heart® finalist, Shelly Alexander grew up traveling the world, earned a bachelor’s degree in marketing, and worked in the business world for twenty-five years. With four older brothers, she watched every Star Trek episode ever made, joined the softball team instead of ballet class, and played with G.I. Joes while the Barbie Corvette stayed tucked in the closet. When she had three sons of her own, she decided to escape her male-dominated world by reading romance novels and has been hooked ever since. Now, she spends her days writing steamy contemporary romances while tending to a miniature schnauzer named Omer, a tiny toy poodle named Mozart, and a pet boa named Zeus.