She's everything he's ever wanted, but the only problem is…

For years, the stoic sheriff's deputy has fantasized about the sweet, bubbly dance teacher who stirs his deepest desires. But Lane's too loyal to ever move in on forbidden territory and he knows that while he can look, he definitely can't touch. Fighting his attraction to Delilah is nearly impossible, but the infuriating-and incredibly sexy-woman seems determined to drive him crazy.

And she's bringing him to his knees. One smoldering kiss at a time. 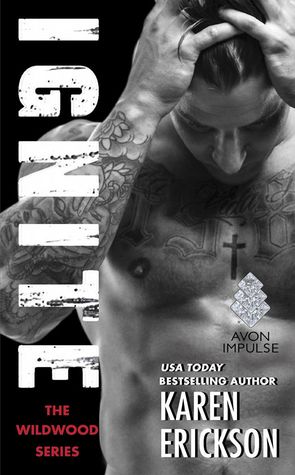 One night of passion has haunted him for years.

Now he’s got a second chance to get the girl of his dreams…but there’s just one problem:

Eight years after he stormed out of Wildwood, California, West has returned to his hometown as a firefighter. His friends and family are thrilled he’s back-with the exception of Harper Hill. His best friend’s sister is all grown up and in all the right ways. He knows she’s going to do everything she can to protect her heart and keep him at arm’s length, but West has other ideas.

He will win the girl that got away. No matter what it takes…

Wren Gallagher won't give him the time of day and it's making him crazy.

But he won't give up without a fight… because there's one thing he knows for sure:

Most women swoon over Tate's devilish grin and firefighter uniform. But Wren couldn't be less impressed by his good looks and flirtatious banter-in fact, she seems to downright despise him. She thinks he's a player, but his attraction to her is no game. Wren is unlike anyone he's ever known and he isn't about to let the feisty, gorgeous woman slip through his fingers.

Wooing Wren would be so much easier if she didn't hate him… Or does she?