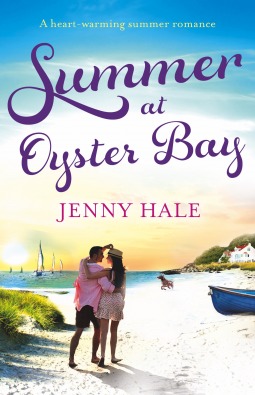 Summer at Oyster Bay is the perfect, feel-good summer romance, about the importance of home and family, learning what love is, and living for the moment.

They say falling in love is easy. But what if you know it’ll break your heart?

For Emily Tate, returning to her charming childhood home Oyster Bay is like coming up for air after the fast pace of her city life. At the farm her grandfather built, surrounded by sister Rachel’s chatter, Gram’s buttermilk biscuits, and the soft, white sand, Emily is reminded of exactly who she is and what she holds most dear.

When Emily starts work at elegant Water’s Edge Inn, Charles Peterson, the handsome new owner, asks for her help. He wants to expand and needs Emily to teach him the local ways, so he can convince the planning commission. Emily vows to make him fall in love with her hometown, just the way it is.

At work, Charles is reserved and serious, yet once Emily has him kicking off his shoes in the sand and sailing across the glistening Chesapeake Bay, she sees another side to him, and their easy rapport feels like the start of something big.

But when it becomes clear Charles’s plans for the inn involve bulldozing Oyster Bay, Emily is heartbroken. Will she lose her home and Charles all at once, or can she save Oyster Bay, and give true love a chance?

Stories like Summer at Oyster Bay are sentimental because they touch something inside of the reader and that is what gets the emotions flowing. Ms. Hale wrote a read that is full of heart and as thoughtful as it is romantic. Emily left home because she needed a change, she returned home for the same reason. The serenity, family bonds and familiarity gave her a sense of home and belonging that she had been missing for a while. But her peace of mind is short lived when she meets the one person who can upset the balance of all she holds dear. Life's legacy is to learn from all the experiences we have and that is what I took away from Jenny Hale's story. Beauty,nostalgia and maturity are power themes in this pleasant read.

Grayson Wolff was currently enjoying the success of the microbreweries he’d added to his family’s chain of roadhouses. Working and taking care of his nine-year-old nephew didn’t leave time in his life for a woman. That all changes when Malibu Barbie comes into the western style bar and orders a Pina Colada, with extra fruit. With her California tan and white shorts she sticks out like a rose among a field of cacti. He didn’t do one-night stands, plus he had too much going on in his life to get involved with a blond-haired bimbo. Causing a scandal was the last thing he needed. He was so close to achieving his personal goal, and no woman was going to mess it up.


Jennie Reynolds took this little vacation before she starts her new job. Driving a U-Haul cross country was a challenge and she’d never received so many middle finger insults in her life. A hot dog motorcycle driver cut her off and she missed her exit. Now she was at some honky-tonk bar in the middle of Fort Mavis, Texas. She was tired and annoyed, but the guy sitting next to her met numbers one through five on her, a-guy-must-have list: Long black hair, stone-gray eyes, tall, lean muscular body, and he was close to her age. Too bad she couldn’t stick around long enough for numbers six, seven and eight, great in bed.

What a man?  Gray was a little rough around the edges but one of the good ones. The way he looked after Jennie had me drooling.  The funny thing was that Jennie seemed to have it all together.  A fresh start and new job prospect that she was excited about shone brightly on the horizon.  One wrong turn sent her in a whole new direction and introduced her to a major roadblock. LOVE.  Having not read many of Ms. Kentrus' novels I was unsure what I would be in for with this author.  Love on Tap was full of simmering sex appeal and so many hysterical moments I could not keep a straight face most of the time. I received an ARC of Love on Tap by Judy Kentrus in exchange for an honest review.  In a world created by a icon, Ms. Kentrus held her own and wrote a story that is worthy of The Lone Star Burn series.   5 star all the way. 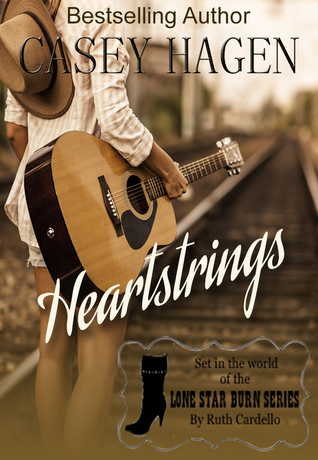 Ryan Ward is desperate to escape her soul-sucking life. Between catering to the work demands of her ambitious father, a popular Washington senator, and extricating herself from her abusive ex-boyfriend, Ryan yearns for the life of which she once dreamed: that of a country singer/songwriter. But how does one of Washington’s elite shed the slimy skin of politics for cowboy boots and a Taylor six-string? And can she do it incognito?

Slade McCall traded money for passion when he left his high six-figure income for a Texas ranch to indulge in his love of the land and, more importantly, his autistic young daughter. With an intractable ex-wife and ranch demands beating him down, the last thing Slade needs in his life is a troubled woman with a fading black eye, the voice of an angel, and a dubious past. But when need outweighs common sense, he hires the would-be country singer for a short stint of housework at the ranch.

Ryan and Slade know tangling their hearts is a bad idea—she has a past to escape and a dream to pursue, and he has a ranch to build and a daughter to protect. But they can’t deny their desires or their hearts, and as their love strengthens it is put to the test. Someone is intent on physical harm, and Slade’s ex is determined to reconcile. Will the pressures destroy what Ryan and Slade have started to build? Or will they follow the sounds . . . of their Heartstrings . . .


That first chapter may not seem like much to most people, yet to me it's the most important part of a story. Why? It sets the tone for the rest of the book and introduces the major players. It determines if the story will be worthwhile or a waste of valuable time.
Casey Hagen left an impression. I received an ARC of Heartstrings in exchange for an honest review.

First impressions played an important role in the dynamic between Slade and Ryan. On the outside Ryan appeared to be a broken shell. but her most powerful asset proved to be her courage. It took bravery to leave her former life in the rear view mirror and fight for the ability to make her dreams come true. To leave behind the wealth, abuse, shallowness and routine to strike out on her own. This woman didn't know her own strength. Slade may have been the white knight Ryan needed but he is nobody's hero. His own baggage is shielded behind a wall of hurt and mistrust that is just as impenetrable as Ryan's. So much is stacked against this relationship but with a little bit of faith, the love of a child and an open heart - anything is possible. Heartstrings by Casey Hagen brought me to tears and I am not a crier. It's that moving of a novel. 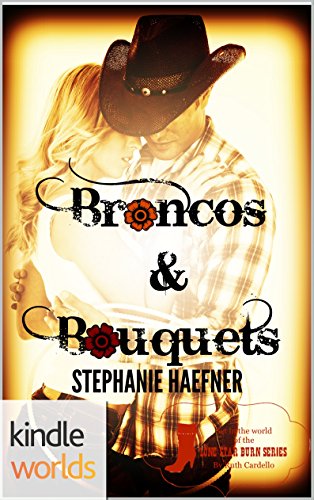 Laney Parker needs a fresh start and Fort Mavis seems like the perfect place to do it. She’s determined to work hard and make up for her mistakes, vowing not to repeat them. Easier said than done. How’s a girl supposed to concentrate when a hot cowboy keeps rescuing her and pestering her for a date?

Sawyer Williamson is damn good at taming wild horses, but apparently he’s far less competent when it comes to wooing the fairer sex. Or maybe it’s just Laney. He’s never felt this way about a woman before and he’s afraid he’ll screw it up. Or that his past will screw it up for him.

Both Laney and Sawyer have parts of their lives they’d rather not share, but nothing stays hidden forever. Can they prevent the past from interfering with their present?

Broncos & Bouquets lays the groundwork for a sweet yet simple love story and there's nothing wrong with that. Burned in the past by bad choices that led to guilty consciences and heartache is not easy to recover from. Stephanie Haefner has written a story of hope and healing. The best way to put it is the mistakes of the past do not make a person unworthy of love, it allows them to appreciate it's redeeming power and value it all the more. Poignant..