THE BARRINGTON BILLIONAIRES SERIES ARE ABOUT TO LEARN WHAT FAMILY REALLY MEANS. 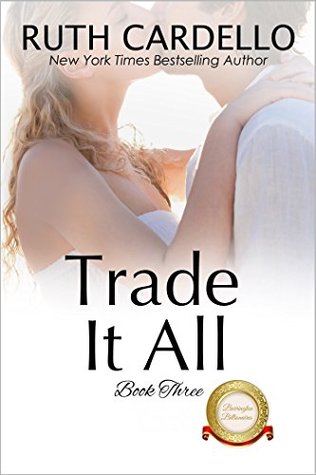 AVAILABLE FOR PRE-ORDER!
Amazon        IBooks
READ AND REVIEW
TRADE IT ALL (THE  BARRINGTON BILLIONAIRES) BY RUTH CARDELLO
Release Date:  July 11, 2016
SYNOPSIS
Lance Barrington’s priority is business, not pleasure. Only one woman has ever been able to turn him inside out: Willa Chambers, his sister’s best friend. Forbidden. Scandalous. Unforgettable.

When Willa and Lance are thrown together again, things heat up fast. Loving him almost destroyed her the first time.

This time, will it heal her?

REVIEW:  TRADE IT ALL (THE  BARRINGTON BILLIONAIRES) BY RUTH CARDELLO

ALWAYS MINE (THE BARRINGTON BILLIONAIRES) BY RUTH CARDELLO

When it comes to getting what he wants, Asher Barrington is a hammer who is known for crushing his opponents. From the moment Emily walks into his office and challenges him, winning takes on a whole new meaning.

The only thing standing between Emily Harris and her goal to open a museum for the blind is an arrogant, sexy as hell billionaire, who thinks sleeping with her will not complicate the situation.

He won’t change. She won’t back down.
But together they sizzle.

REVIEW:  ALWAYS MINE (THE BARRINGTON BILLIONAIRES) BY RUTH CARDELLO 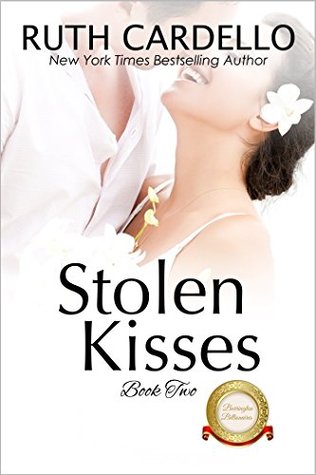 STOLEN KISSES (THE BARRINGTON BILLIONAIRES) BY RUTH CARDELLO
SYNOPSIS
Dax Marshall isn’t the type of man a woman takes home to meet her parents. He’s a business shark who has never let anything as insignificant as caring stop him from taking over a company. Some call him heartless, but he doesn’t see the value of caring about anyone or anything until he meets Kenzi.

Her happiness becomes his obsession.

Kenzi Barrington has tried to be the person her family needed her to be, but she doesn't want to lie anymore. When she can’t hold a dark secret in another day, she turns to the one man she knows is strong enough to hear the truth.

What starts as a simple attraction becomes a friendship that changes how they both define love. 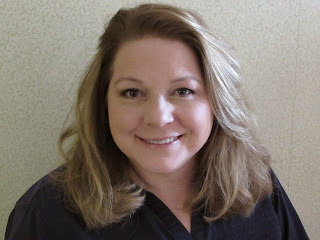 Ruth Cardello was born the youngest of 11 children in a small city
in northern Rhode Island. She spent her young adult years moving as far
away as she could from her large extended family. She lived in Boston,
Paris, Orlando, New York--then came full circle and moved back to Rhode
Island. She now happily lives one town over from the one she was born
For her, family trumped the warmer weather and international scene.

She was an educator for 20 years, the last 11 as a kindergarten teacher.
When her school district began cutting jobs, Ruth turned a serious eye
toward her second love- writing and has never been happier. When she's
not writing, you can find her chasing her children around her small
farm, riding her horses, or connecting with her readers online.

Her fourth book in the Andrade Series, Somewhere Along the Way is now available for pre-order!

A new, seven book series about the Andrade’s Boston cousins.

The first series in the Barrington Billionaire WORLD.

*Look for a linked series set in the same world, written by Jeannette Winters (my sister) and Danielle Stewart (my niece).
You won’t have to read the other series to enjoy mine, but it sure will make it more fun. Characters will appear in all three series.

Where my billionaires began.

A spin off series of the Legacy Collection with cameos from characters you love from that series.

Book 1: Come Away With Me
Book 2: Home to Me
Book 3: Maximum Risk
Book 4: Somewhere Along the Way
Book 5: Loving Gigi

Lone Star Burn Series
Fun, hot romances that roam from the country to the city and back.

Book 1: Twelve Days of Temptation
Book 2: Be My Temptation


Taken by a Trillionaire
Ruth Cardello, JS Scott, Melody Anne.
Three hot fantasies about alpha princes and the women who tame them.
Posted by Isha C. at 12:12 PM